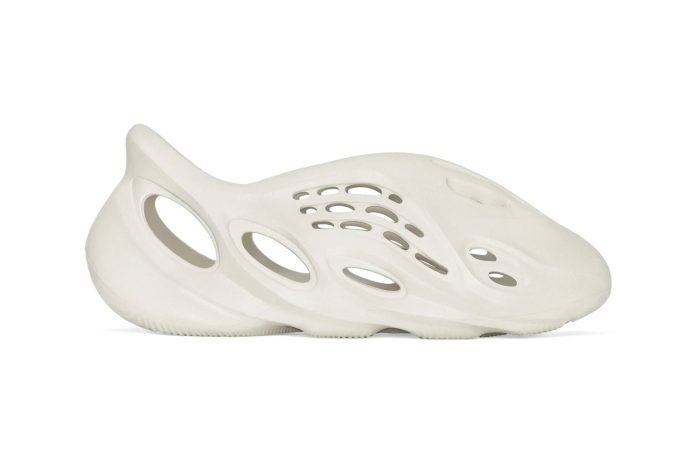 Kanye, you can’t be serious?

The rapper-turned-designer has just released his latest pair of Yeezy shoes and they’ve been called “the ugliest shoes ever made” by some less than impressed fans on social media.

Kanye tweeted this morning that the Yeezy Foam Runner’s are now available for sale at YEEZYSUPPLY.COM.

He attached a picture of the shoes to the tweet, and people could not believe their eyes.

“Bro you can’t be serious my grandpa wouldn’t wear these,” one wrote.

Another added: “This is the ugliest thing I’ve seen in my entire life.”

A third jokes: “Who microwaved those Crocs?”

Australian radio star Ryan “Fitzy” Fitzgerald also poked fun at the shoes, tweeting: “How the f**k am I going to do a shoey out of that?”

Despite the design being mocked by many, the shoes, which were being sold for $109 a pair, sold out online within a couple of hours.

The Yeezy Foam Runner release came just hours after it was announced Kanye West had signed a deal with clothing chain Gap.

The retailer Gap Inc and West’s Yeezy will introduce “Yeezy Gap” in the first half of 2021, the companies announced this morning.

Gap, which posted hundreds of millions in losses in 2020’s first quarter and has flailed in recent years, saw its shares surge upon news of the partnership with one of entertainment’s most bankable celebrities.

Under West’s creative guidance, the new line will include “modern, elevated basics for men, women and kids at accessible price points,” Gap said in a statement.

The companies noted that the deal brings West’s relationship to Gap “full circle,” saying the billionaire entrepreneur, rapper and designer worked at a Chicago Gap store as a teenager.