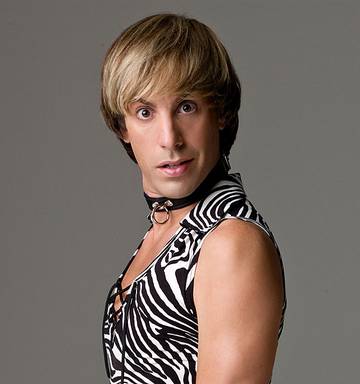 Borat creator Sacha Baron Cohen has trolled a crowd of American gun-rights activists at a right-wing event, appearing in disguise as a country music singer.

The performance saw some in the crowd singing along to lyrics about injecting political figures with “the Wuhan flu”.

Baron Cohen’s appearance at the rally, in Olympia, Washington, was described as “genius and balls all in one” by one commenter and saw him criticised by a local politician who claimed that people singing along were paid actors.

Saturday’s event was billed as “March for Our Rights 3”, organised by a right-wing militia group and designed as a counter-rally to “March For Our Lives” gun control demonstrations that took place after the shooting at Marjory Stoneman Douglas High School in Florida where 18 people died in 2017.

Baron Cohen took to the stage as the final act, dressed in dungarees and wearing a fake beard.

He invited the crowd to sing along, and many did, responding to lyrics such as:

The satirist also took aim at the US response to Covid-19, singing:

“Fauci don’t know his head from his ass. He must be smoking grass. I ain’t lying, it ain’t no jokes. Corona is a liberal hoax. Dr Fauci, what we gonna do? Inject him with the Wuhan flu. WHO, what we gonna do? Chop ’em up like the Saudis do.”

The full lyrics to the song have been shared online.

Baron Cohen’s fiendish plan was made possible by a genius move that meant he couldn’t be yanked from the stage.

Variety reports that social media accounts belonging to the organisers confirmed that Baron Cohen disguised himself as a right-wing activist and made a large donation so that the mystery singer could perform.

City councilman James Blair described the performance as a “bull**** stunt” in a Facebook post which called his songs “racist, hateful, disgusting”.

“After the crowd realised what he was saying, and turned on him, his security then rushed the stage and evacuated them to a waiting private ambulance that was contracted to be their escape transport,” Blair wrote.

He also claimed that those who sang along did not represent the vast majority of those who attended and cast doubt on whether they were genuine attendees.

“Given the level of sophistication that was required to pull this off, I am skeptical that some of those individuals were paid actors along with the many paid security on the grounds,” he wrote.

“A few people have come forward claiming they were contacted by Focal Point Media to dress in ‘maga’ or ‘antifa’ garb and attend an event they would be filming.”

Baron Cohen’s action were praised by many on social media, with users describing the comedian as a “living legend” and a “genius” for the stunt.