Coming soon to TBS: a reality TV show where the best Sims players in the world compete to show off their creations. Today, EA announced a new series called The Sims Spark’d, which follows a fairly traditional reality format: contestants are given a particular goal, and a panel of three experts will judge their creations, with $100,000 in prize money on the line. The difference is instead of designing a dress or baking an outlandish cake, they’ll be telling stories inside of The Sims 4.

“Something that has always been so special to The Sims is the community and how much our players connect with each other to celebrate, share, collaborate, and show off the things they’ve been able to make or share their stories,” Lyndsay Pearson, GM of The Simsfranchise, tells The Verge. “What we’re doing with Spark’d is a really interesting evolution of exactly that. It’s the same DNA, the same motivation.”

The four-episode series will kick off on July 17th. Episodes will air on TBS on Fridays and Saturdays, while an online version will be available to watch on BuzzFeed’s “Multiplayer” YouTube channel the following Monday. There will be 12 contestants — EA says they’re “familiar online personalities” — as well as a panel of celebrity judges. Those include singer Tayla Parx, YouTube personality Kelsey Impicciche, and game developer Dave Miotke, who has worked on The Sims franchise for more than a decade. Former American Idol contestant Rayvon Owen will serve as host. 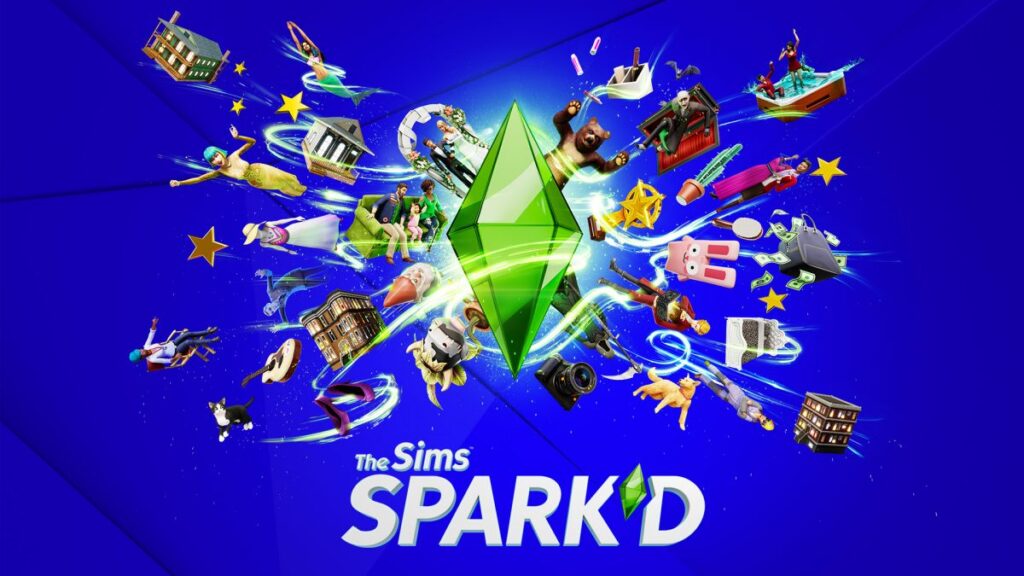 “SOMETHING THAT HAS ALWAYS BEEN SO SPECIAL TO ‘THE SIMS’ IS THE COMMUNITY.”

Pearson — a self-confessed reality TV junkie — likens the structure of the show to other creative competitions, like Top Chef or Project Runway, where players are given a set of constraints and then are judged on how creatively they manage them. She says the idea behind the show was to showcase not only what is possible in The Sims but also how things get made, with the hope of introducing a new audience to the game.

“There’s a benefit to putting something that felt previously unattainable into something as accessible as a TV show,” she explains. “It can feel daunting if you don’t know about a game like The Sims, and you go see these people make something amazing on YouTube. But putting it into a format that introduces you to the people behind those creations, that introduces you to the smaller steps through challenges, and gives you insight into how they approach them, I think breaks down some of those assumptions and some of those barriers.”

There will also be some tie-ins with the game itself. Starting July 17th, The Sims 4 will feature a series of in-game challenges tied directly to the show. The idea is to give those who are just learning about the game a prompt to jump in and build something, in the same way that watching someone on Cupcake Wars might inspire a viewer to bake. “I’m a fan of a lot of reality TV myself, I particularly watch baking shows, and I love that in a lot of them I’m like ‘I can go make a cookie. Sure,’” Pearson says. “So what was that moment for The Sims?That’s what we were working towards. The in-game challenges are props to spark that creative moment.” (The challenges will also be used to find new contestants for the second season.)

Pearson says that the 12 contestants were chosen in part because they had an existing presence online, which would give their followers someone to root for in the beginning. But an important aspect was finding players who play the game in different ways — those who are good at building, creating characters, or telling stories — in order to show the breadth of what’s possible in The Sims.

Watching people make virtual houses doesn’t necessarily sound like the most compelling television — Pearson promises “it isn’t just watching someone at a computer” — but she believes that the producers have found a way to showcase the creative side of the game in a way that’s interesting to the average viewer. If shows about glass blowing and gardening can become popular, why not The Sims?

“It’s not the same as watching something catch fire in a kitchen,” says Pearson. “But you do get a lot of surprising drama out of ‘Oh gosh, how am I going to make this thing do what I want? And how am I going to do it in time?’ The creative process is still exposed in a way that feels really compelling.”