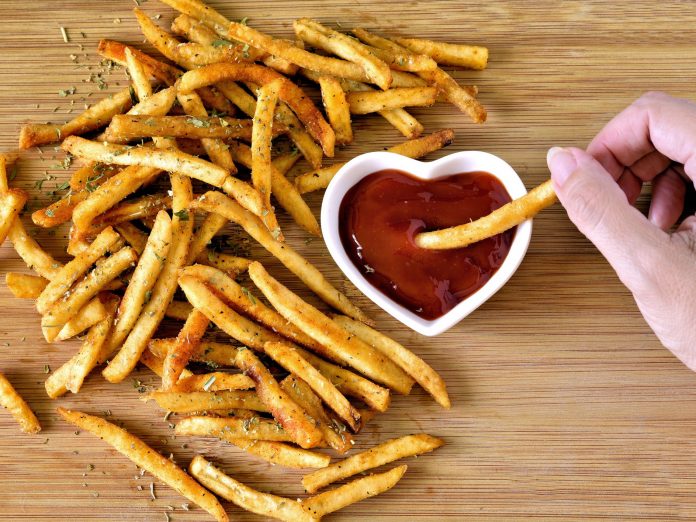 But eating them immediately after sex – like, straight after sex – sounds a tad strange to us.

However, according to a study by ChannelMum, post-sex fries are the latest and greatest sworn-by old wives’ tale to help boost fertility.

That’s right, women who are trying to conceive believe the high salt content from the chips helps improve their chances of putting a bun in the oven.

ChannelMum says their research revealed 71 per cent of people try some “wacky” methods in a bid to get pregnant.

Here are some of the other methods that aspiring mums have tried: