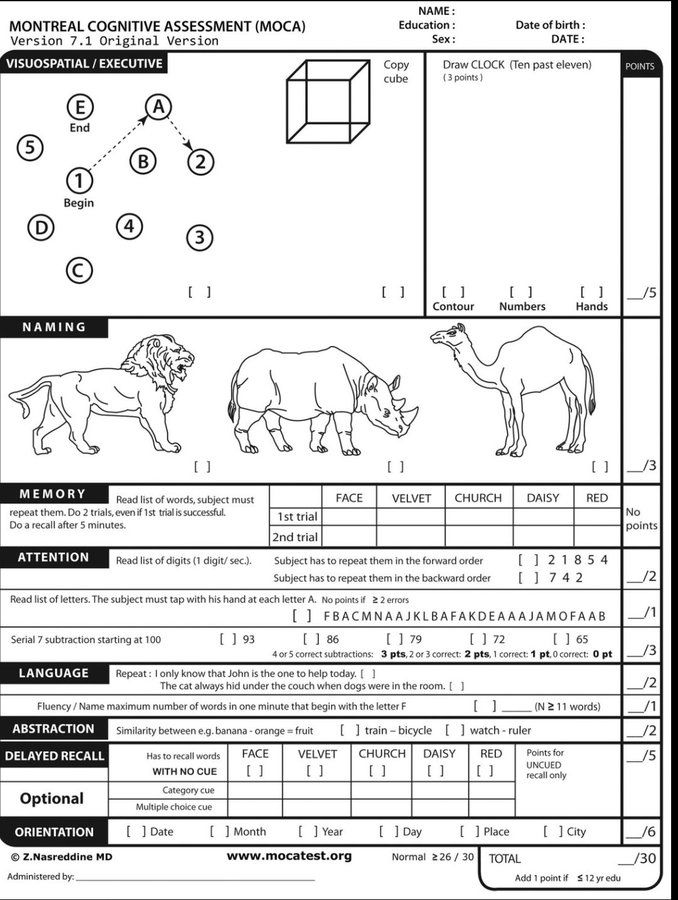 Donald Trump has doubled down on his claim that Joe Biden lacks the mental faculties to be president of the United States, implying his opponent in the approaching presidential election would be unable to pass a basic cognitive test.

As you might recall, Trump recently bragged about “acing” such a test, saying the doctors at Walter Reed Medical Centre were “very surprised” by how well he did.

“I actually took one when I – very recently, when I, when I was – the radical left were saying, is he all there? Is he all there? And I proved I was all there, because I got – I aced it. I aced the test,” the President told Fox News host Sean Hannity earlier this month.

Trump says he “aced” a cognitive test and the doctors that gave it to him were “very surprised”. Video / Fox

“(Biden) should take the same exact test. A very standard test. I took it at Walter Reed Medical Centre in front of doctors. And they were very surprised. They said, ‘That’s an unbelievable thing. Rarely does anybody do what you just did’.

“But he should take that same test.”

The test in question is called the Montreal Cognitive Assessment. It is used as a screening tool to identify cognitive dysfunction, including early dementia and Alzheimer’s disease.
During another interview with Fox News, which aired today, Trump once again challenged Biden to take it.

“Biden can’t put two sentences together. They wheel him out, he goes up, he repeats, they ask him questions. He reads a teleprompter and then he goes back into his basement,” the President told veteran political journalist Chris Wallace.

“I don’t want to say that. I’d say he’s not competent to be president,” Trump replied.

“To be president, you have to be sharp and tough and so many other things. He doesn’t even come out of his basement.

Wallace brought up a Fox News poll, published today, which asked respondents whether Trump and Biden had “the mental soundness to serve effectively as president”. The results were not encouraging for either candidate.

Wallace seemed to have been anticipating that response.

“Incidentally, I took the test too, when I heard that you passed it,” he said.

“Yeah, how did you do?” the President asked.

“It’s not the hardest test. It has a picture and it asks, ‘What’s that?’ And it’s an elephant,” Wallace replied, a little dryly, as an image of the test flashed up on screen.

The question Wallace referred to tasks the subject with identifying pictures of different animals. Another asks them to copy an image of a cube. A third asks them to read out a list of letters and tap their hand every time there’s an A.

“Well one of them was, ‘Count backwards from 100 by seven’,” Wallace said.

“Ninety-three,” he added, as if to prove his own mental faculties.

It’s unclear which of the questions, exactly, Trump felt were “very hard”, but he referred to “the last five”. So, here they are.

The test’s last question, asks the subject to identify the present date, month and year, along with the place and city they’re currently in.

The second-last one asks them to recall five words that were used as part of a memory test a few minutes earlier.

The third-last one asks them to identify similarities between two words – for instance, “train” and “bicycle” are both forms of transport.

The fourth-last question gives the subject one minute to think of as many words as possible that start with a certain letter. They get the point if they can come up with at least 11.

And the fifth-last one asks them to repeat a short sentence word-for-word.

The interview lasted for 40 minutes, so there was time for Wallace to cover plenty of ground.

If you have a spare 40 minutes, you can watch the entire interview here.