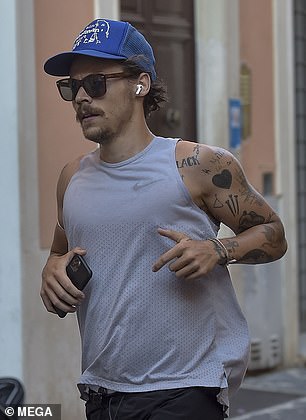 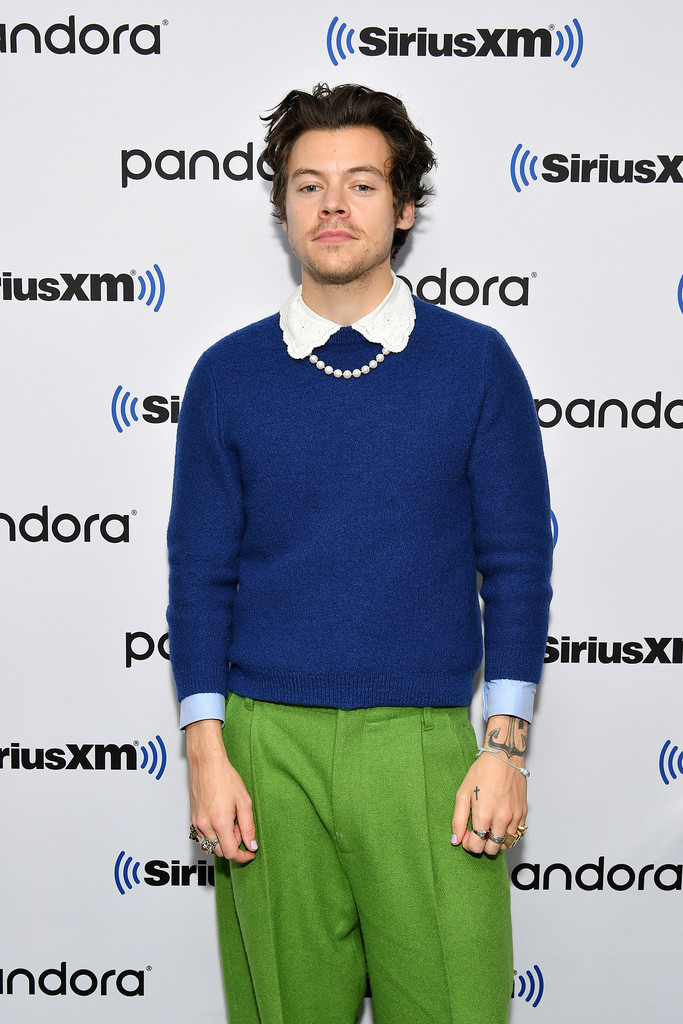 Harry Styles has put his nana’s clothes back in the cupboard and unveiled a new mustache during a trip to Italy and it’s safe to say fans are obsessed over his new facial hair.

“Can u believe harry styles just invented the mustache,” one fan tweeted upon seeing the snap of the star at Modena, Italy’s Osteria Francescana, while another wrote, “Harry Styles may be the only person who could wear a mustache like this and still look good ;).”

Others were quick to compare the former One Direction-er’s new hairy style to the famous mustache of a certain rock icon of the past, with one even going as far as to declare, “Harry Styles is the new Freddie Mercury everyone ,, i love the mustache.”

In addition to his ’70s-inspired ‘stache, the pop star has also been riding a wave of chart success lately, with his latest single “Watermelon Sugar” peaking at No. 7 on the Billboard Hot 100 on the chart dated July 17. The Song of the Summer contender officially becomes the third Top 10 hit for the singer, following fellowFine Line highlight “Adore You” and his 2017 debut solo single “Sign of the Times.”

Check out some of the best fan reactions to Styles’ latest facial hair below.

can u believe harry styles just invented the mustache pic.twitter.com/0vcZnudbzK

Harry Styles is the new Freddie Mercury everyone ,, i love the mustache ✌pic.twitter.com/rCbtr5FulU

and that’s what i call harry styles’ mustache evolutionpic.twitter.com/G1J3rWeDYo

Harry Styles may be the only person who could wear a mustache like this and still look good 😉 pic.twitter.com/9vW2GIJEdp

Harry Styles and his mustache in Italy are so happy ✨pic.twitter.com/xiWPO1BuM9

good morning to harry styles and his mustache only pic.twitter.com/2YPpaZBDIL