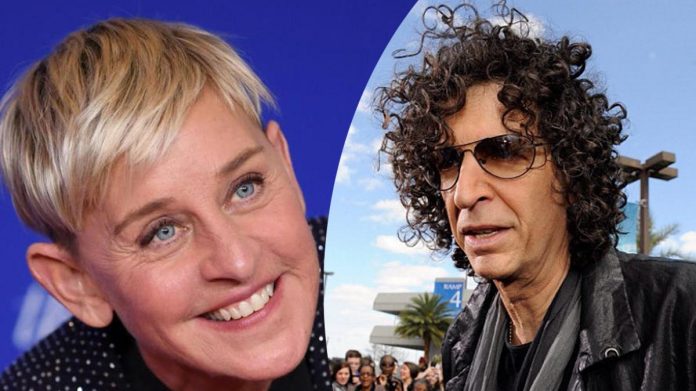 Howard Stern and Ellen DeGeneres have had a tumultuous relationship in the past.

Back in 2010, Stern ripped into Ellen on his show when reports began floating around that she threatened to walk off her position on American Idol if he joined the panel!

They ‘mended’ the relationship eventually when Stern defended her against the One Million Moms boycotting JCPenny because Ellen was the spokesperson, having issue with her sexuality.

Howard Stern went on air saying that if he were in Ellen’s position, he would change his whole image after the claims that she ‘fostered toxic work environment’ on the Ellen DeGeneres show.

The shock jock stated on his morning show on SiriusXM “You know what I’d do if I was Ellen? I would change my whole image.”

“So you think I’m a prick? I’m going to show you exactly.”

Stern reinforced that he found Ellen likeable as a person but wasn’t sure what she was like to work for.

They’re like Ying and Yang to be honest, dark and light and Stern agrees that they have opposite situations in terms of their reputations and behind-the-scenes personalities.