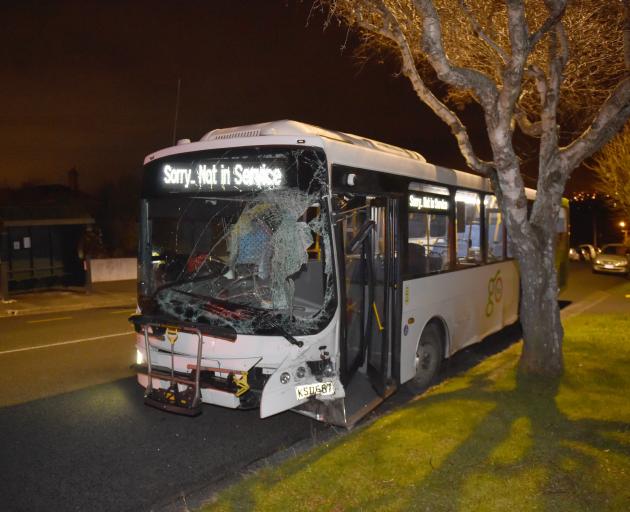 A 12-year-old boy stole a bus and went on a 20-kilometre joyride through Dunedin, damaging several vehicles along the way.

The sign on the bus, later found parked in the suburb of Pine Hill, stated, “Sorry. Not in Service”, but did not convey the events that unfolded on Thursday night.

Acting Senior Sergeant Anthony Bond said a 12-year-old boy got on the bus at Ocean View just after 8pm.

The door had been open slightly, allowing him access, and was started using a push button so did not need keys.

The boy drove the bus through Brighton via Green Island, and then onto the Southern Motorway and through the city.

The pre-teen hit four vehicles at speed, and swerved in and out of traffic.

One of the damaged vehicles – a late model European SUV – was hit outside Dunedin Hospital.

Bond said the boy was unable to control the bus and it stopped on Pine Hill Rd.

The boy then ran off, but police found him a short time later.

He was referred to Youth Aid.