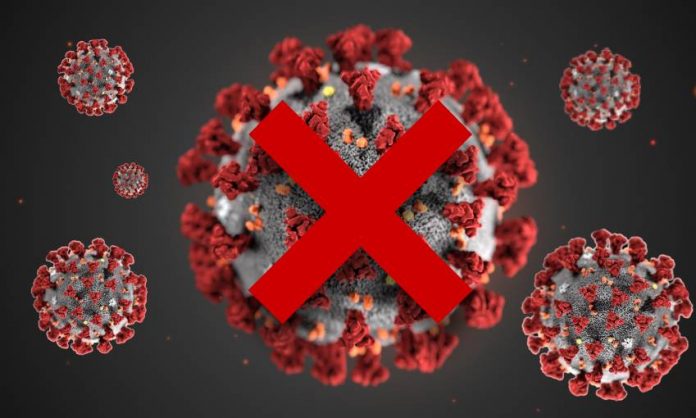 Some countries don’t have any official cases of COVID-19 heres the list, and take the first two with a grain of salt.

UPDATE: North Korea reported its first SUSPECTED case of COVID-19 on 26th July. The southern area of Kaesong has gone under full alert. It was then confirmed this was NOT a coronavirus case.

North Korea was the first country to close its borders.

As a neighbour of China, the country closed its borders on January 21st and hasn’t re-opened since. It then implemented strict measures for those coming into the country (foreigners and nationals) including month or two-month quarantine.

While the North Korean authorities report zero cases one might wonder how China’s nearest neighbour could truly be free of the virus. We suggest you do a good bit of research for a more balanced opinion!

Turkmenistan is a country in Central Asia bordered by Kazakhstan, Uzbekistan, Tajikistan, Iran, and Afghanistan – all countries with reports of coronavirus infections. Most of the land borders were closed more than a month ago, and in early February Turkmenistan cancelled many flights and all flights to and from China.

There are rumours that the official reports may not quite match the official statement, and it was also brought to the media attention that Turkmenistan had allegedly “banned” the word Coronavirus, although this wasn’t exactly true.

The Solomon Islands is amongst one of the least visited countries in the world. You can access it easily from close countries with direct flights, including Australia, Papua New Guinea, and Vanuatu.

Vanuatu has no reported cases and implemented strict policies for those coming in from overseas from February. Those travelling from infected countries were not permitted or had to undergo quarantine, and anyone arriving into the country had to provide a medical certificate.

Samoa has been on lockdown since 25th March.

A state of emergency remains in place and all international travel in and out of the country has been suspended.

There are no cases in Kiribati, but a state of public emergency has been declared. From 30th March, schools closed for 2 weeks.

Micronesia was quick to implement travel bans in early February, including entire travel bans for those travelling from China and Chinese citizens.

Tonga has been strict with travel rules since February.

Since Fiji’s first reported case of coronavirus, Tonga closed its borders to foreigners and only allowed foreigners to leave who were travelling back on flights to their own countries. As of 29th of March, Tonga has been in lockdown.

Tonga started repatriation flights for Tongans in mid-July to get Tongans back from Fiji. The flight was limited to less than 60 people, all of whom are under strict quarantine at the same hotel in town. This hotel is strongly guarded by police and the road it’s on has been closed.

8 suspected cases were tested, all came back negative.

On 21st March, it was reported that the only international flight connection with the Marshall Islands ceased service temporarily for at least 3 weeks.

There was previously one person under investigation for having coronavirus after having travelled from Guam, however, he tested negative. There is currently no coronavirus cases in Palau.

Often known as one of, if not the, least visited country in the world, Tuvalu sees fewer than 200 tourists per year. This has probably been a massive help in preventing an outbreak in this country with a very small population.

Nauru, a country so small that you can walk around it in one day, has also managed to stay coronavirus-free. Along with Tuvalu, it holds the record for being one of the least visited countries in the world.