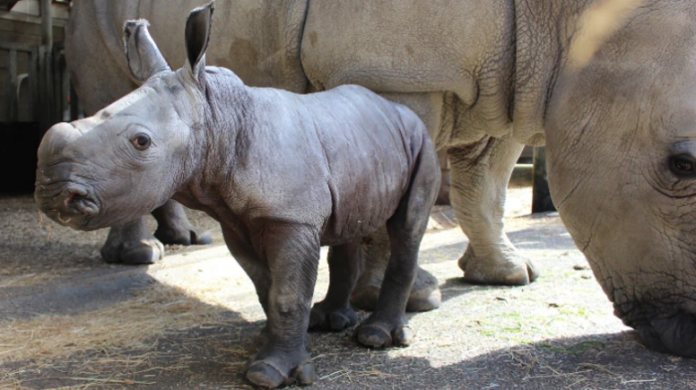 Auckland Zoo is celebrating its newest little addition after a baby southern white rhino was born at the zoo for the first time in two decades.

The 65kg yet-to-be-named calf belongs to two of the Zoo’s resident rhinos Jamila, who was relocated from Hamilton Zoo in 2018, and Zambezi.

After a long wait of 16 months, Auckland Zoo ungulates team leader Tommy Karlsson says the arrival of their new baby rhino two weeks ago was “worth every second”.

After a speedy birth of 59 minutes, the rhino calf was walking within another 25 minutes and “suckling well in to the afternoon”.

“She’s growing by the day and as she’s finding her feet doing these little jumps, almost dancing, which is pretty adorable,” says Mr Karlsson.

While its still early days for duo, they’re not yet out in the Savannah alongside Zambezi and his 18-year-old son, Inkosi.

In anticipation to the new arrival, Auckland Zoo’s rhino paddock has undergone significant works including the addition of a new shelter.