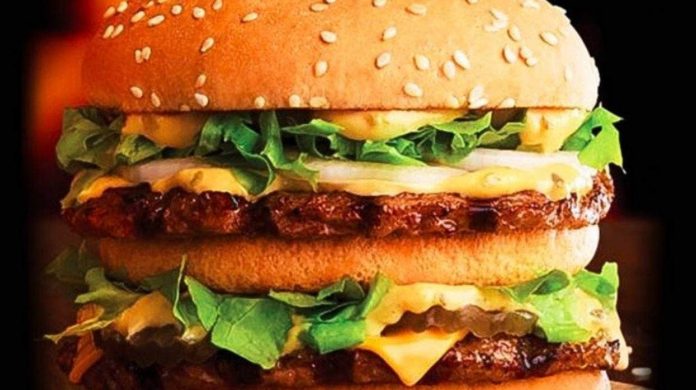 In a whopper of a court fight in Australia, fast-food giant McDonald’s claims rival Hungry Jack’s has infringed its “Big Mac” trademark with a lookalike burger dubbed the “Big Jack”. Hungry Jack’s is the Australian franchisee of the Burger King chain.

In documents filed in court on August 28, McDonald’s Asia Pacific alleges Hungry Jack’s has been promoting its new burger in Australia since at least mid-July under the Big Jack trademark, which is “substantially identical with or deceptively similar” to its own Big Mac trademark.

Hungry Jack’s has yet to file a defence in the fast feud.

McDonald’s says the Big Jack trademark “is liable to be cancelled, and should in the exercise of the court’s discretion be cancelled” on a number of grounds, including that it is “likely to deceive or cause confusion”.

The complaint was filed in a Chicago federal court, It seeks up to $1 billion in damages.

It says that since at least 1973 it has “acquired a substantial and valuable reputation in Australia” for selling Big Macs and a “substantial” number of consumers would be deceived into thinking there was a connection between its burger and the rival product.

It accuses Hungry Jack’s of acting in “bad faith” in applying for its own trademark when it was well aware of McDonald’s existing trademark.

The classic Big Mac (top) and the Big Jack (Bottom)

The company alleges Hungry Jack’s has “deliberately adopted or imitated” the “distinctive appearance or build” of the Big Mac, along with its ingredients and its “well-known tagline” of “two all-beef patties, special sauce, lettuce, cheese, pickles, onions – on a sesame seed bun”.

In a promotional tweet on July 28, Hungry Jack’s Australia said there was “something … ‘special’ about our new Big Jack”, adding with a winking face emoji that “it must be the flame-grilled Aussie beef”.

McDonald’s is seeking a declaration that Hungry Jack’s infringed its Big Mac trademark and a related Mega Mac trademark with a separate Mega Jack burger offering.

It has asked the Federal Court to make orders restraining Hungry Jack’s from using its new trademarks or any others “substantially identical or deceptively similar” to McDonald’s trademarks, and an order cancelling the Big Jack trademark.

It is also seeking damages, interest and costs and an order that Hungry Jack’s destroy all “promotional materials, including physical and electronic brochures, menus, advertising and marketing materials, stationery, signage, packaging and documents” using the allegedly infringing trademarks.

A Hungry Jack’s spokesperson said in a statement on Thursday: “Hungry Jack’s has not been served any formal documents from the court and, thus, is unable to provide any comment at this stage.”