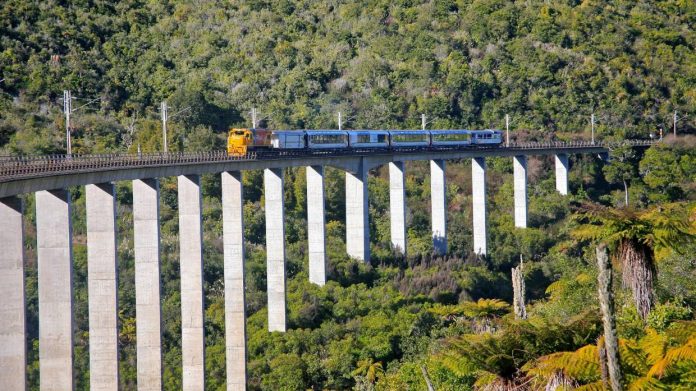 The Northern Explorer is expected to resume its normal weekly timetable on September 30, leaving Wellington on Wednesdays, Fridays and Sundays, and departing Auckland on Mondays, Thursdays and Saturdays.

Deputy Prime Minister Winston Peters told a lunchtime business audience in Christchurch that the Government has invited KiwiRail to prepare an application to the Provincial Growth Fund (PGF) “to get the Northland rail line properly back up and running”.

“This is because the reduction in passenger numbers that is required to meet social distancing at Level 2, 3, and 4 makes the services no longer viable,” Miller said.

Bookings for the three scenic train services will open in mid-September. Passengers affected by Covid-related restrictions will be able to travel on alternative dates or accept a 12-month credit or full refund, regardless of the type of fare purchased.

Miller said KiwiRail is looking at adding more stops along the main trunk line between Auckland and Wellington.

“We’re aware that many towns and regions would like to have a passenger train serve their area and our initial engagement with stakeholders has been positive.

“We also know that New Zealanders are increasingly interested in reducing their carbon footprint when they travel, and rail offers that opportunity.”

Miller said the state-owned rail company would work with local councils to expand the service so more New Zealanders are able to get around the country by train.

KiwiRail has come under fire for suspending rail services at a time when the regions are struggling to rebuild their tourism sectors.

North Island mayors recently called upon the Government to push for the reopening of the Northern Explorer service.

During this year’s Budget, the Government set aside $1.2 billion for New Zealand’s rail network, including money to help replace the Cook Strait ferries.