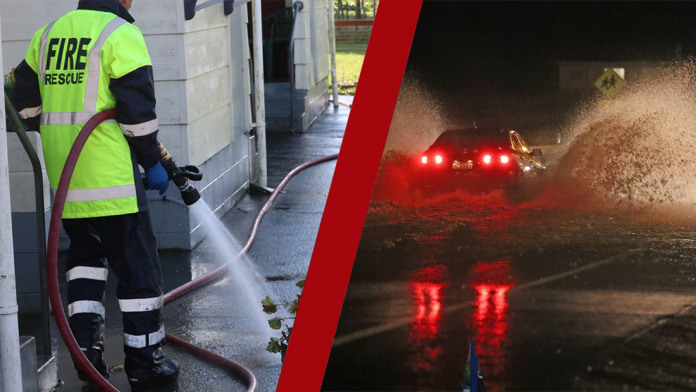 This article was originally published in the Whanganui Chronicle

Residents across Whanganui and Rangitīkei are cleaning up this morning, after significant rainfall caused flooding and slips across the region.

In Whanganui, the city recorded 62.8mm of rainfall, making it the country’s wettest location on Monday.

Evacuations took place on Monday night, as floodwaters came close to entering homes across the region. Pūtiki Drive’s Kaumatua Flats in Whanganui were evacuated around 9pm, after floodwaters submerged most of the property.

That flooding was caused by the Ngatarua Stream rising rapidly as a result of the heavy rain.

By signing up for this newsletter, you agree to NZME’s Terms of Use and Privacy Policy.
“We had about 15 people who were evacuated. Most found places to go, but three had to be accommodated.”

Kaumatua Flats resident James Olney had to clear sodden belongings from his car that was flooded. “The water went right up to the seat, I think it’s probably a write-off.”

Olney said he tried to get the car out, but by the time he noticed the floodwater, it was too late.

“It just came really quickly. I didn’t think it would be that fast.”
Whanganui mayor Hamish McDouall said the council would spend time looking at how the rain caused such havoc around the district.

“We’ve got to look at what happened at the Ngatarua Catchment, which is just a small stream, but it obviously overtopped its banks in Pūtiki.”

In Rangitīkei, the flooding was primarily in the south of the district, according to a council spokesperson.

“The heavy rain caused some surface flooding mainly in Turakina and Marton. This affected both Whanganui Rd and SH3 as you enter Turakina. Traffic movements through Turakina were managed by Police and Waka Kotahi contractors.”

“Although the southern part of the district experienced isolated surface flooding, we were pleased with how our drainage systems coped with the significant amount of rain.”

Rangitīkei District Mayor Andy Watson said that the flooding wasn’t widespread, but did leave some properties with a clean-up job.

“We had surface flooding on Oakleigh Ave and Grey Street in Marton, and I understand one property was evacuated due to risk of flooding.”

Watson said that the council will go away and do some work on what exactly sparked the flooding, particularly in Turakina.

“We are worried about what you could call a flooding pattern. We’ll need to go away and have a look at this.”

Franklin Rd in Turakina had knee-deep water and residents were told by Fire and Emergency to prepare for evacuation around 8pm last night.

There were also multiple slips on State Highway 3 near Rātana on Monday night, with the road reduced to one lane for a time. 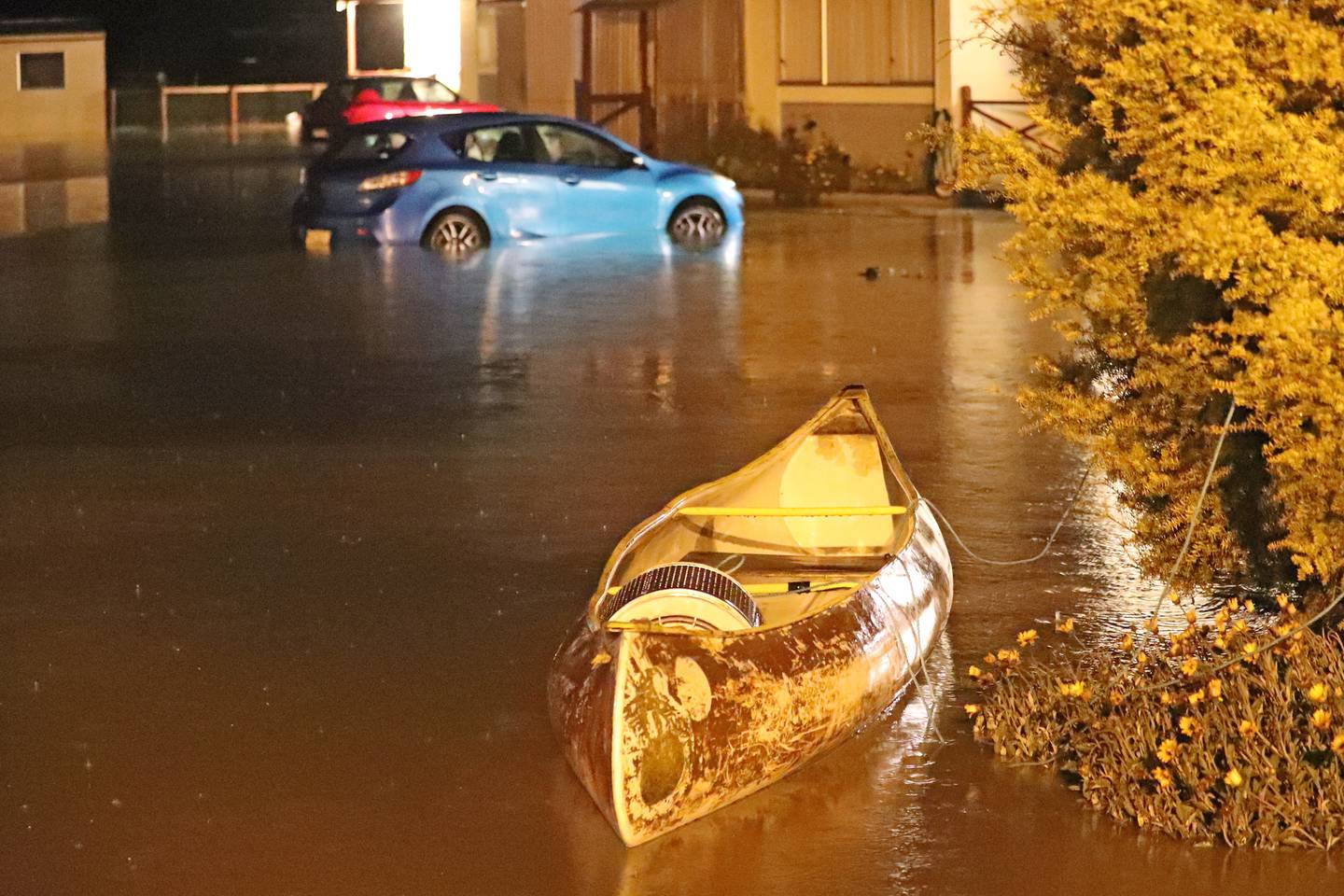 “Police were made aware of reports of flooding at Franklin Road at Turakina, SH1 at Marton, SH3 at Marybank, SH3 at Bulls, SH3 at Waverley, Calico Line at Marton, Duncan St at Whanganui East, and the eastbound lane of Wanganui Road.

“A large slip blocking Vinegar Hill Road was also reported around 11pm, and contractors were called to clear this.”

Waka Kotahi NZ Transport Agency is urging motorists to take extra care on a number of roads around the region, including State Highway 1 between Bulls and Sanson.

More wild weather to come
Metservice is warning Whanganui residents that there could be further nasty weather to look out for later this week, as a low pressure system moves across the country.

“There will be a bit of on and off rain from Wednesday late afternoon, through Thursday and into Friday,” meteorologist Andrew James said.

“The other thing with Thursday and Friday, because of the position of the low, the winds will really squeeze through well through Cook Strait and through the South Taranaki bight, driving a pretty strong or possibly gale southeasterly through Whanganui.”

While there are no warnings at this stage, James said that the incoming weather system is complicated, and is advising residents to check forecasts closer to the back-end of the week.

“I would think the wind is going to be more of a concern than the rain. But obviously, any situation where you’ve got water on the ground, you don’t want anymore.”