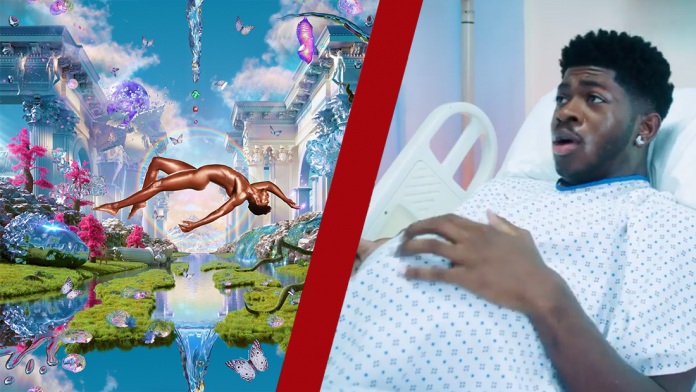 Only days after winning BIG at the MTV Video Music Awards, with his hit single Montero

Lil Nas X’s has “given birth” to his debut album Montero! To celebrate the occasion the rapper has released a video of the album in the delivery room