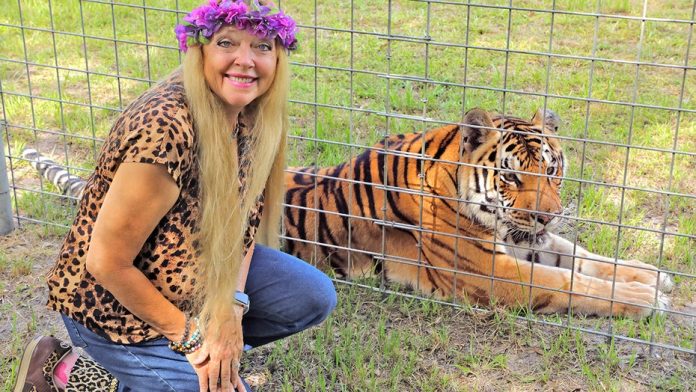 The Big Cat Rescue boss and her husband, Howard Baskin, have submitted a complaint to the federal court in a bid to stop the streaming service from launching their five-episode sequel later in the month on November 17.

The couple claim that the filmmakers have no right to use any footage leftover from 2020’s Tiger King: Murder, Mayhem, and Madness under the deals they signed in 2016 and 2018. Baskin stated it would cause “irreparable injury” if it is broadcast.

Carol has been vocal in the past about the way she was depicted on the show, with particular regard to the scrutiny over her missing first husband, Don Lewis.

“While we cannot stop Netflix and Royal Goode Productions from producing low-brow, salacious and sensational programming, we do believe that we have the right to control footage filmed of us under false pretenses.

A federal judge has denied the couple their request for a temporary restraining order to stop the programme.