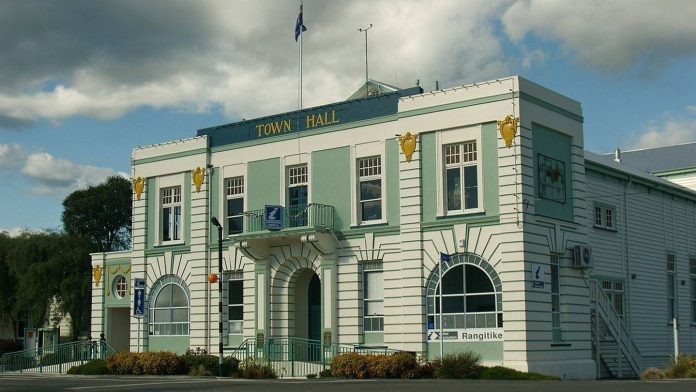 This article was originally published in the Whanganui Chronicle.

Taihape’s Town Hall has shut its doors indefinitely after an engineer’s report identified the building as high risk in the event of an earthquake.

The hall, which is also home to the town’s library, information centre and main public meeting facility, has been found to have a 10 per cent New Building Standard (NBS) rating.

In recent weeks, the Rangitīkei District Council has undertaken reviews of all council buildings to determine their safety in the event of an earthquake.

Early indications from those reports suggested the town hall was the highest-risk council building in the district, the council said in a statement.

Chief executive Peter Beggs said council staff received the report earlier this week and he then made the decision to close the facility.

“I have not made this decision lightly, but my absolute priority is the safety of my staff and the public that visit and use the site.

“The assessment report outlined multiple structural elements that were a concern throughout the whole of the town hall and office space. Staff have been moved out of the site immediately and will be relocated to another site in Taihape.”

Lease negotiations are currently underway for a temporary site, which Beggs said he hoped would be operational by Christmas.

The footpath and bus stop outside the hall were now also being urgently looked at to determine if there was any risk to the public, Beggs said.
Seven staff are employed at the Taihape facility and all will keep their jobs.

The announcement comes on the same day the council was due to begin improvement works at the hall, including new counters and flooring.

That work has been cancelled and contractors have instead been tasked with undertaking improvements at the Kokako St pavilion to use as an alternative meeting space. 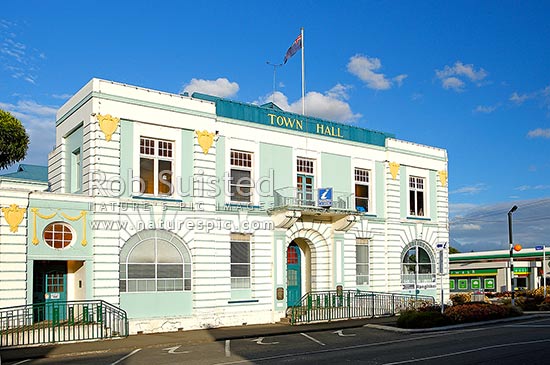 Strengthening to be considered
Rangitīkei mayor Andy Watson said the facility was not only iconic in Taihape, but also one of the most significant facilities in terms of council operations in the north of the district.

“The Town Hall and Library facility is a very old and iconic building in Taihape so council will work hard to ensure any future options consider the value of this.”

When it came to the possible strengthening of the building, Watson said that would be a decision made by council in due course.

“It is important to know that the building has not been condemned, options for a long-term solution for the Taihape site will be investigated and council will consider those in the next few months.

“This may include strengthening options for a new building or restoring the building – no decision has been made at this time.”