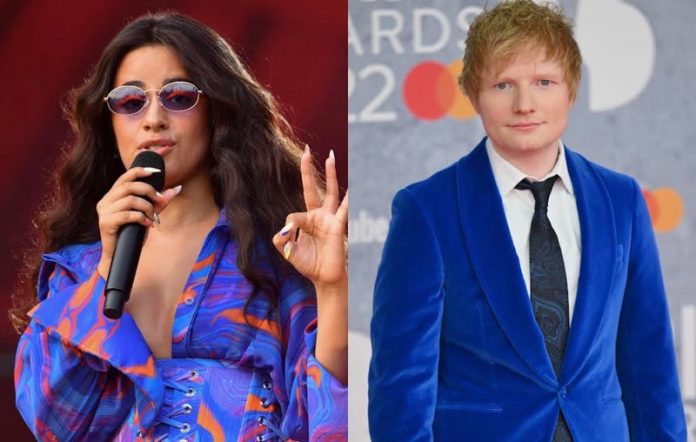 Over the weekend Camila Cabello and Ed Sheeran released their latest collaboration.

The new single Bam Bam will appear on Cabello’s new album “Familia,” which is set to be released on April 8th.

The hitmakers previously teamed up in 2019′ for Sheeran’s hit track ‘South of the Border’ that was a part of the No.6 Collaborations Project.

In a recent appearance on the Apple Music show, New Music Daily the 25-year-old told host Zane Lowe, “I wanted to make a song that had English words, but gives me that same feeling that a lot of these Latin songs give us. And so basically, we had this version of the song. And then by the time that Ed [Sheeran] had heard it and been on board to do it, I was in a different place in my life. I’d come out of this long relationship. And also, Ed was like, ‘Okay, I love it but I want to change the chords on the verse.’ And so he had a morning … Ed is the busiest fricking guy in the world. I don’t know how he does it, but he had a morning off. And so me, him, Ricky, and Scott Harris went in the room and we all wrote my verse, and his verse, recorded it, and finished the song.”

You can listen to the full interview below

It seems Cabello didn’t shy away from throwing shade at her Ex-Boyfriend, Shawn Mendes with the lyrics “You said you hated the ocean, but you’re surfin’ now. I said I’d love you for life, but I just sold our house.” People magazine did a breakdown of this subtle dig, read more here.

Since being released only 2 days ago (at the time of writing) Bam Bam has skyrocketed to Number #1 on the iTunes Top 100 Chart, and is Number #1 in a dozen countries.

Check out the music video, and listen to the full track below.

You can hear Camila Cabello, Ed Sheeran, and all your other favorite artists on SKI. Find your frequency, or take us anywhere on the free iHeartRadio app!