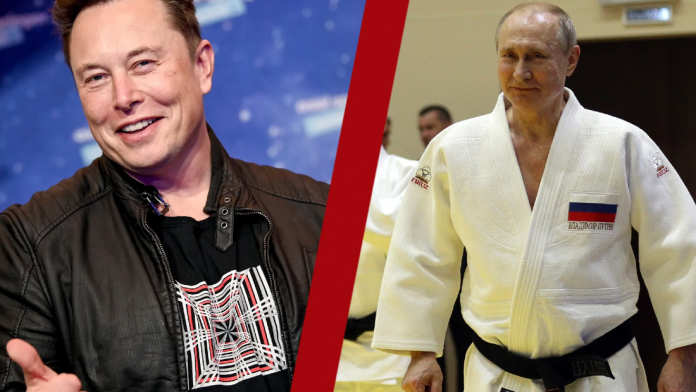 You can’t make this up. Elon Musk just called out Putin!

Putin’s been pretty busy commanding the military invasion of Ukraine, and with the recent arrival of his second child we thought Musk might have better things to do, but apparently not.

Elon Musk has literally challenged Vladimir to a fight… via Twitter.

Using the Russian alphabet to spell Putin’s name, the billionaire tweeted “I hereby challenge Владимир Путин to single combat,” and then went on to add “Stakes are Україна [Ukraine]”

For the record, Putin is a black belt in Judo.

When asked by one of his nearly 78 million Twitter followers if this was for real, Musk said he was “absolutely serious” about stepping out the Russian leader.

Musk said “If Putin could so easily humiliate the west, then he would accept the challenge. But he will not.”

The TAB would have an absolute field day with this one! We want to know who you would back in this fight, vote below.