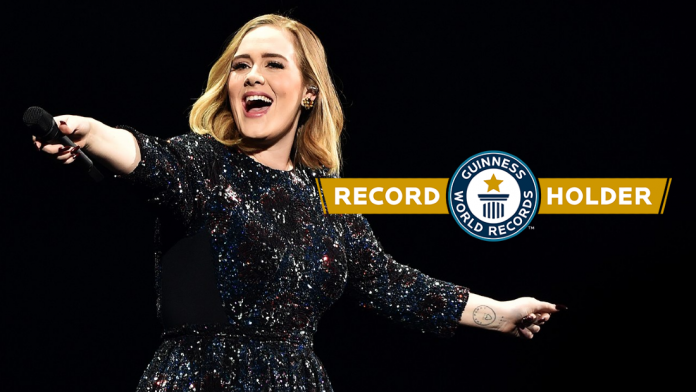 According to Guiness World Records the global superstars’ latest album 30 has won three album awards – topping the rankings on the Global All Format Chart, the Global Album Sales Chart, and the Global Vinyl Album Chart.

More than five million physical album units were sold in 2021. Adele’s album 30 was released on the 19th of November. There were 43 days between November 19th and December 31st, 2021.

Meaning during that time she sold an estimated 116,279 physical albums per day, not to mention the 60.7 million streams globally on the first day of the album’s release.

She did it with just 6 weeks of counting. INSANE! pic.twitter.com/rdv1s1jAJu

30 produced two official singles – ‘Easy on Me’ and ‘Oh My God’, both tracks landed in the top 5 singles on the Billboard Hot 100 chart. ‘Easy on Me’ has been in the New Zealand Top 40 Singles Chart for 21, and at the time of writing is sitting at Number #12