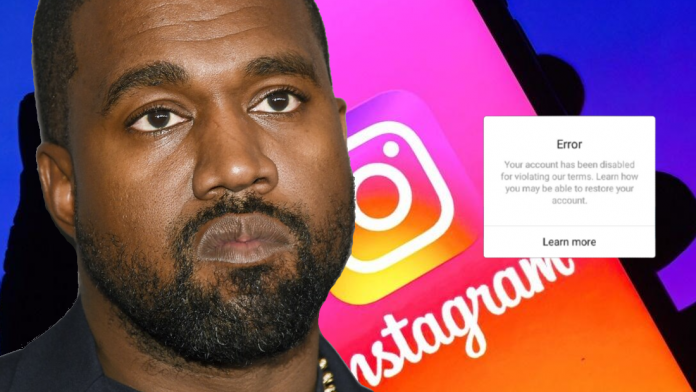 A spokesperson from Instagram’s parent company Meta told TMZ that West was facing a 24-hour suspension from Instagram because he had violated the policy on hate speech, bullying, and harassment.

Trevor Noah did a segemnt on his talk show saying, “You may not feel sorry for Kim because she’s rich and famous, but what she’s going through is terrifying to watch and shines a spotlight on what so many women go through when they choose to leave.”

Watch the full video below

Unpacking the Kim-Kanye-Pete situation and the harassment many women face when trying to leave a relationship. pic.twitter.com/qF3cfiYL9R

The platform-wide 24-hour ban means that YE won’t be able to post images or videos, write any comments, send DMs, or upload live streams. It hasn’t been confirmed, but some commentators believe the social media platform may extend the ban.

On Monday, Davidson shared a screenshot of his text conversation, telling Kanye “I’ve decided I’m not gonna let you treat us this way anymore and I’m done being quiet. Grow the f–k up”.

It’s a lot to take in, but we’re pretty sure this Kanye drama is far from over!