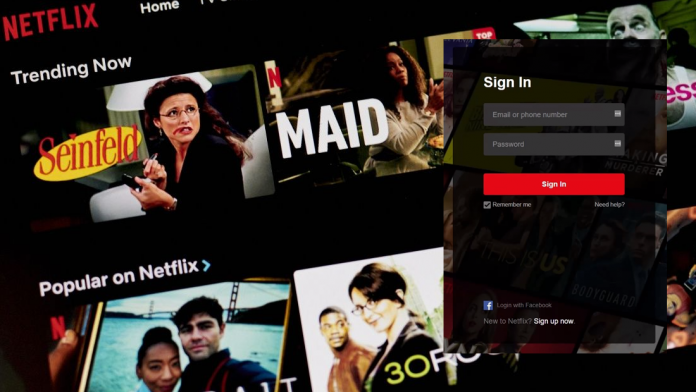 No doubt you’ve had a mate say “can I borrow your Netflix password, I’ll send you some money,” well now that friend (who said that three years ago) might actually have to pull through.

Sharing your Netflix password with someone outside your household may soon be a thing of the past. In a media release, the streaming giant announced that it will begin testing ways to make users sharing an account outside the household pay for the additional users.

The company said in the statement, “We’ve always made it easy for people who live together to share their Netflix account, with features like separate profiles and multiple streams in our Standard and Premium plans,” “While these have been hugely popular, they have also created some confusion about when and how Netflix can be shared.”

If you look in the Netflix terms of service (you know the fine print no one reads, we all just hit ‘I agree’” it states an account “may not be shared with individuals beyond your household,” a rule often flouted by its users.

Netflix are currently trialing the feature in Chile, Costa Rica, and Peru to “understand the utility” of the feature “before making changes anywhere else in the world”. Those who have been ‘illicitly’ sharing their passwords in those three countries can transfer profile information to new accounts or to the “extra member.”

The prices Netflix is charing in those countries when converted to the New Zealand Dollar work out around $3 and $4.50.

This isn’t the first time the streaming giant has tried to eliminate password sharing. Last year they were asking users to verify logins using the account holder’s email address, and or mobile number. If they didn’t complete the verification in a certain period of time they had to make their own account.

Currently, a premium Netflix subscription costs $21.99NZD, if we add the estimated  $4.50NZD for sharing a password users could be looking at a 20.4% price increase. Yikes!