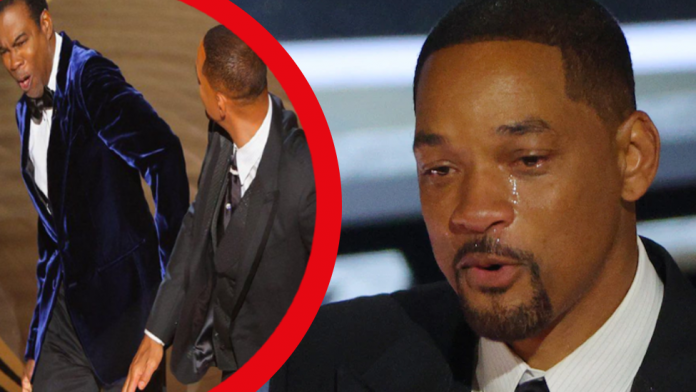 “I would like to publicly apologize to you, Chris. I was out of line and I was wrong.”

No doubt you’ve seen the video by now, you know, the video of Will Smith at the Oscars walking on stage and smacking Chris Rock in the face. Actor, Will Smith has finally broken his silence by taking to social media to address the slap that was heard in all corners of the world.

The incident took place during the Live Broadcast of the 2022 Academy Awards after Chris Rock made a G.I Jane joke at the expense of Smiths’ wife, Jada.

“Violence in all of its forms is poisonous and destructive. My behavior at last night’s Academy Awards was unacceptable and inexcusable. Jokes at my expense are a part of the job, but a joke about Jada’s medical condition was too much for me to bear and I reacted emotionally.”

“I would like to publicly apologize to you, Chris. I was out of line and I was wrong. I am embarrassed and my actions were not indicative of the man I want to be. There is no place for violence in a world of love and kindness. ”

The actor and Oscar recipient finished the statement by saying “I am a work in progress. Sincerely, Will”

The Academy released a one-sentence statement on Twitter just after the incident saying, “The Academy does not condone violence of any form” before going on say they were “delighted to celebrate our 94th Academy Awards winners”

The Academy does not condone violence of any form.

Tonight we are delighted to celebrate our 94th Academy Awards winners, who deserve this moment of recognition from their peers and movie lovers around the world.

A further statement was released to the media on Tuesday, the film academy said:

“The Academy condemns the actions of Mr. Smith at last night’s show. We have officially started a formal review around the incident and will explore further action and consequences in accordance with our bylaws, standards of conduct and California law.”

Reports suggest that ‘The Academy’ is deliberating on whether or not to strip Will Smith of the Oscar he won for his film, King Authur.