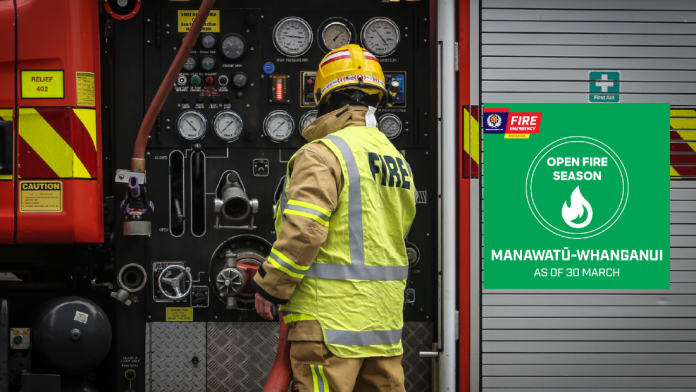 Fire and Emergency have announced they’ve moved the Manawatū-Whanganui District back to open fire season as of 8 am this morning.

The move comes just 13 Days after FENZ shifted Manawatū-Whanganui District to restricted fire season for the second time this year. The shift covers all areas within Horowhenua, Ruapehu, Manawatū, Rangitikei, Whanganui District councils, along with the Palmerston North City Council.

Open fire season means you do not need a permit to light a fire outdoors.

Fire and Emergency New Zealand District Manager, Nigel Dravitzki says the change in fire season is due to the recent wet weather which has lowered the risk of wildfire.

The District Manager went on to ask the people of the region to people to exercise caution when lighting fires as some parts of the region are still dry.

The change follows a FENZ responding to a fire on State Highway 4 near Kakatahi on Tuesday evening.

A fire crew from the Raetihi, along with a water tanker from Ohakune, responded to the call. The crew had the burning trees extinguished by 7.35 pm.

Before you light a fire check the conditions online at www.checkitsalright.nz