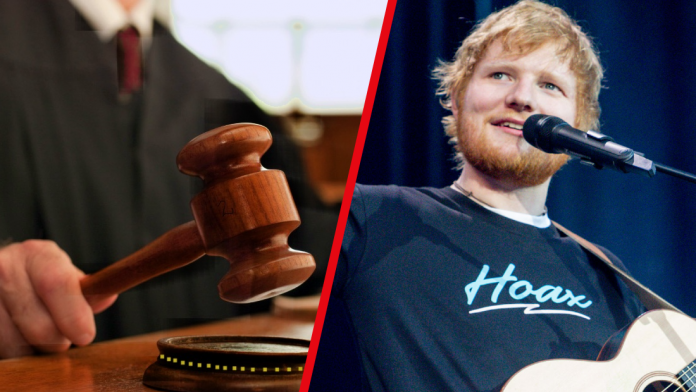 UK songwriter Ed Sheeran has won a recent copyright battle over his 2017 hit Shape of You.

Sheeran was taken to court by Sami Chokri, who goes by the stage name Sami Switch. Chokri claimed that the melody of Ed Sheeran’s 2017 smash hit Shape of You was “strikingly similar” to that of his 2015 song Oh Why.

Take a listen to the two tracks below.

Despite some similarities, the presiding judge ruled in favor of Sheeran, saying that Ed and his collaborators, Johnny McDaid and Steven McCutcheon, had not plagiarised the earlier track.

In a video message posted to Instagram, the Shivers hitmaker said that these types of cases were becoming “way too common” and that there’s “a culture where a claim is made with the idea that a settlement will be cheaper than taking it to court”.

The pop star who is set to play in NZ next year said that with the volume of music being released every day, there are always going to be similarities with different songs.

“Even if there’s no base for the claim, it’s really damaging for the songwriting industry.”

“There’s only so many notes and very few chords used in pop music. Coincidence is bound to happen if 60,000 songs are being released every day on Spotify. That’s 22 million songs a year and there’s only 12 notes that are available.”

He went on to say “I don’t want to take anything away from the pain and hurt suffered from both sides of this case, but I just want to say I’m not an entity. I’m not a corporation, I’m a human being, I’m a father, I’m a husband, I’m a son.”

Sheeran made a stand saying, that there needs to be an “end” to “baseless” plagiarism lawsuits. During the 11-day trial, Sheeran firmly denied allegations that he “borrows” ideas from unknown songwriters without giving acknowledgment or credit.
High Court Judge Antony Zacaroli ruled that Sheeran “neither deliberately nor subconsciously” copied a phrase from Oh Why when writing the now multi-award-winning single.