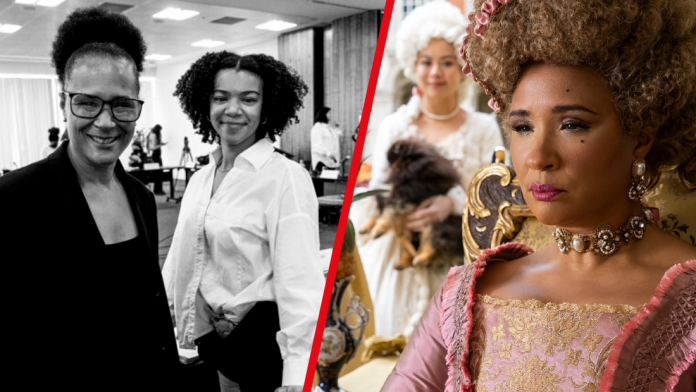 A statement from Netflix said,  “A limited prequel series based on the origins of Queen Charlotte, that will center on the rise and love life of a young Charlotte. The spinoff will also tell the stories of young Violet Bridgerton and Lady Danbury”

It was the Netflix CEO, Ted Sarandos who initiated the idea of the spin-off series. He encouraged Bridgerton executive producer Shonda Rhimes to write focused on the early life of the monarch.

In an interview with Variety, Rhimes said, “Ted picked up the phone and called me and said, ‘Why aren’t we doing a show about Queen Charlotte? And will you write it?”

All hail Queen Charlotte!
For her next series, Lady @ShondaRhimes will chronicle Her Majesty’s rise to prominence and esteemed power in a prequel that shall witness Golda Rosheuvel reprise her role and India Amarteifio join the Ton as young Queen Charlotte. pic.twitter.com/SELpiMdnDc

The yet-to-be-named show will run for one season telling the story of Queen Charlotte’s rise to the throne.  The single-season series will be a prequel to the first two seasons of Bridgerton.

Filming is scheduled to finish at the end of May 2022. However, reports suggest it might not be ready until early 2023. Once a release date is confirmed, we’ll be sure to let you know.

Oh, and in case you missed it, Seasons 3 and 4 of Bridgerton are on their way too!