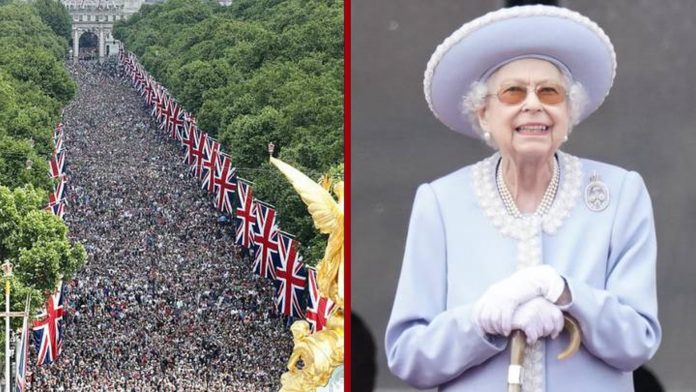 An eye-opening photo shared online shows the sheer mass of people who turned up to enjoy the Queen’s Platinum Jubilee celebrations in London.

Millions of people across Britain are currently enjoying their four-day Bank Holiday weekend, with street parties, picnics and parades planned in honour of Queen Elizabeth II’s 70 years on the throne. Go Queenie!

The official celebrations kicked off June 2nd, with the Trooping the Colour; a march which takes place annually for the Queen’s birthday.

Members of the public flocked to watch the proceedings, which involved the 1st Battalion, Irish Guards, more than 1200 officers and soldiers from the Household Division, hundreds of Army musicians and around 240 horses.

Those without tickets were able to watch from the streets as troops passed between Buckingham Palace and the parade ground, and on screens set up in St James’ Park. 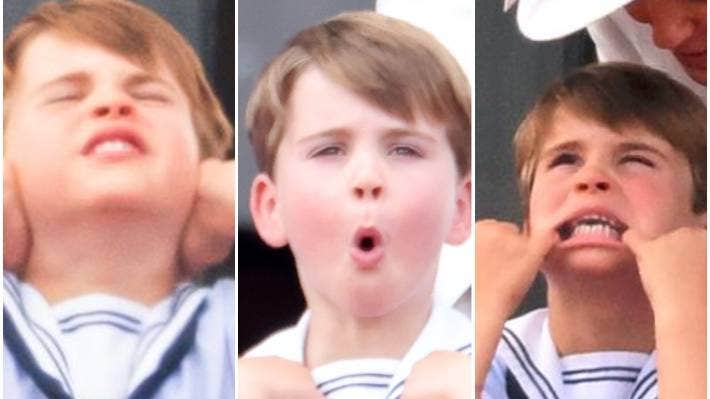 Prince Louis at the Platinum Jubilee Event. But in many ways, he is all of us at any family do.

An image snapped in London on Thursday shows the huge scale of people who travelled to the area for the event, with crowds completely covering the tree-lined road of the Mall, which leads from Trafalgar Square to Buckingham Palace.

Many keen members of the public queued for hours to try and gain a good vantage point, though hopeful attendees were advised that viewing areas were full just minutes after the start of The Queen’s Birthday Parade.

In a post on Twitter, the Metropolitan Police wrote: “The viewing areas in central London for the Queen’s Platinum Jubilee celebrations are now full. To avoid the disappointment of not being able to enter the viewing areas please avoid the area.”

Sarah Bates-Fidler, who travelled to watch the Jubilee celebrations from Rochester in Kent, described the situation as ‘bedlam’ in an interview with the Metro, saying: “They’ve closed roads and people are getting stuck on the closed roads, they aren’t going to see anything.”

As well as those enjoying the celebrations in London, more than 600 Big Jubilee Lunches are planned in more than 80 countries in honour of the milestone in the Queen’s reign.