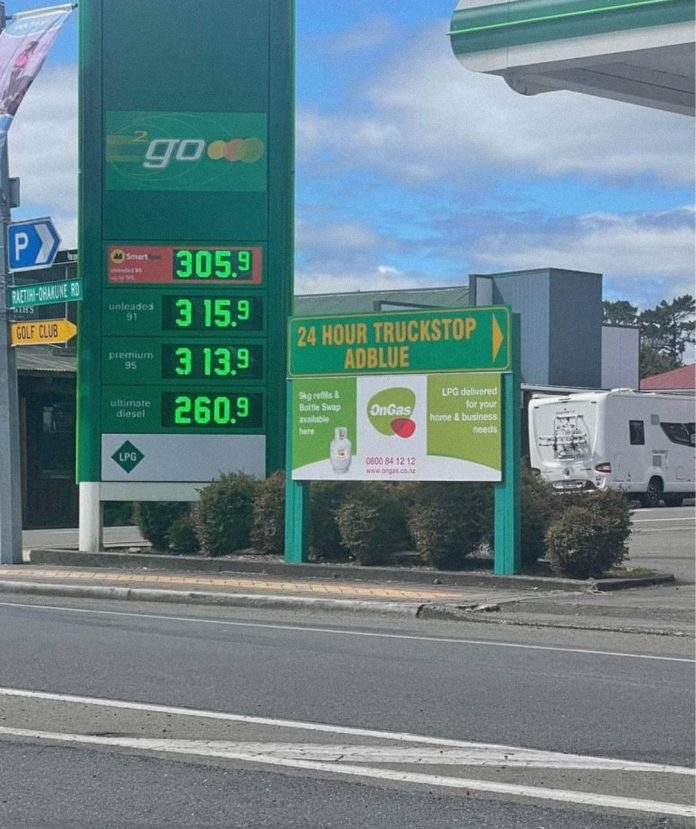 The price of petrol is dropping across the country as the government questions fuel companies’ profit margins.

Prices have dropped below $3.00 – but the question is for how long?

Apparently the decline was down to two things: the drop in price of crude oil and refinery, but also the questioning of why fuel companies had high profit margins by the Government said AA principal policy adviser Terry Collins.

Last Tuesday crude oil prices went for a skate downhill more than 7% as prices fell below US$100 (NZ$162) a barrel.

But that landed price had been taken as margins by the oil companies and yesterday Energy Minister Megan Woods confirmed she had spoken to fuel company chief executives, asking why their margins were so high.

“And they’ve responded by dropping prices.”

Thank you Ministers. This will help with the cost of living pressures a smidge.