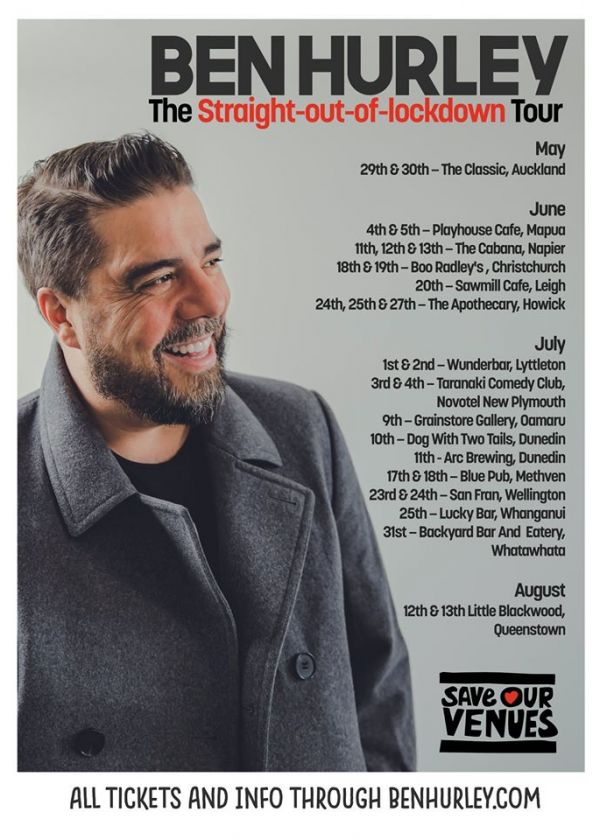 Book your bubble for the comeback of the century for comedy at The Lucky Bar, The Lucky Bar is one of New Zealand’s most-loved live performance venues, hosting some of NZ’s best acts – and the team at Lucky would like to keep it that way.

The doors are opening and everyone wants to keep them open, so come and calmly line-up one metre apart from each other, sanitize those hands, take a break from watching your neighbours and come watch some of NZ’s best comedians.

Ben Hurley, one of our most recognizable comedians and a master of live comedy, he’s also the winner of all the awards, so you know you’re in for a hilarious night.

Sera Devcich is in support and quickly becoming a comedy staple and rising star on the scene.

We don’t want you to burst your bubble, while the jokes will be no holds barred and the laughs all over the show, we want to be able to seat you safely distanced. We ask that you book as a bubble or with your bubble buddy so we can plan for social distancing.

Tickets are VERY limited so book now to avoid disappointment and we will see you there.
Tickets just $35