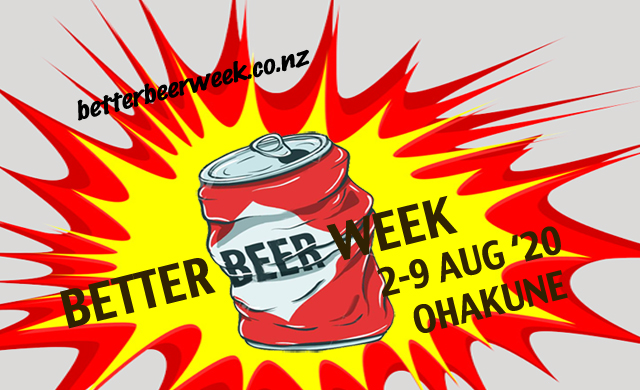 A celebration of craft & specialty beers, put the Waikato draught to the back of the fridge and maybe discover your new favourite drop.

Wednesday – Vegan vs Beer – The Kitchen pairs beers with vegan meals
Thursday – National IPA Day – The Powderkeg and The Kitchen have teamed to bring an exclusive range of NZ and US IPAs paired with some tasty fare
Friday – International Beer Day – The powder keg has a selection of foreign beers you may not have tried before
Saturday – Parrotdog brewery day, Starting at Liquorland Ohakune, Then apres at The Kitchen and finish off in style at The Keg with Deadbeat

You don’t have to be a beer geek to enjoy Better Beer Week, anyone keen on a raspberry ripple ice-cream sour?