Steve the cat thinks he’s lamb – but not just any lamb. 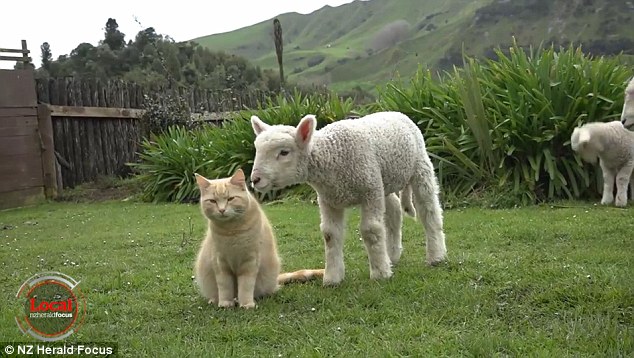 Steve lives with Amanda and her partner Ben at Ngamatapouri, about 50km inland from Waitotara in South Taranaki.

It was a lonely life for Steve until the 8-month-old was introduced to lambs Ben and Amanda brought in from the cold. 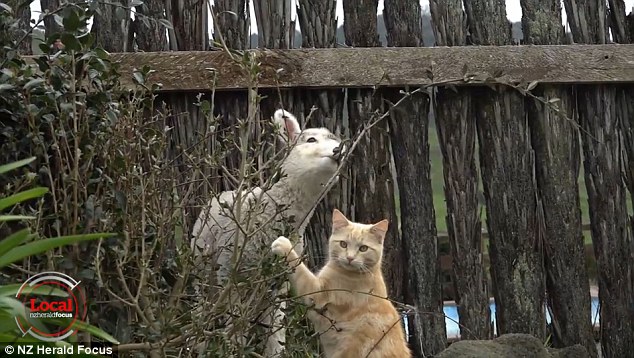 “They stay inside for about three nights or so just to keep warm. And Steve was obviously an indoor cat prior to getting all these lamb friends,” Whitlock says.

“He’d just sort of get used to them and spend time with them inside and then the lambs move outside and we started noticing Steve wasn’t inside any more and we’re like ‘where’s Steve?’ 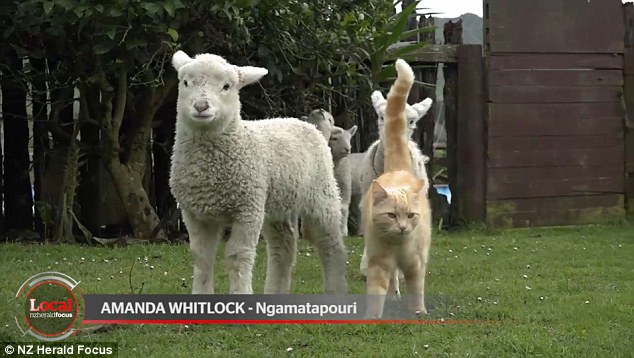 “So we’d have a look out the window and he was just out there interacting with them.”

Steve’s became something of a local celebrity after the Wanganui Chronicle published his picture snapped by Amanda.

“I was in the kitchen and I just happened to look out the window and saw them all sitting where they normally sit by the door under a bit of shelter and Steve was with them. I grabbed the camera and snuck around outside and got a couple of photos with them.

“It’s gone pretty viral on the internet. It made the front page of the Wanganui Chronicle and shared hundreds of times since then and 1000s of likes.”

But there’s no chance all the attention will go to Steve’s head. 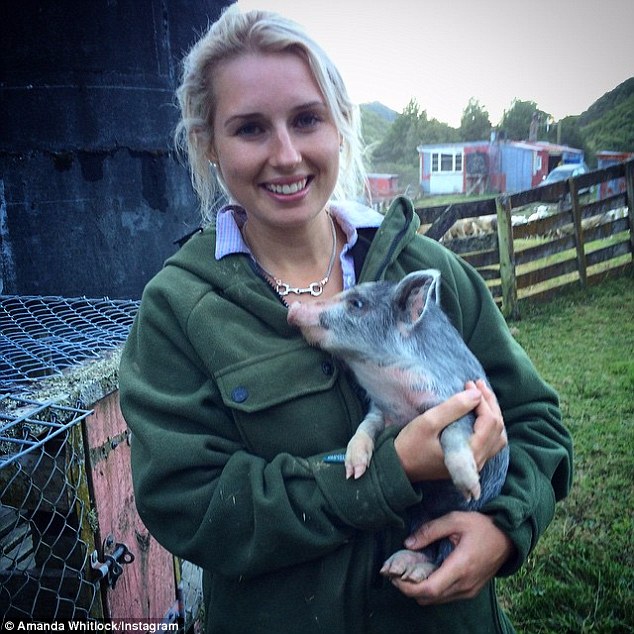 When the milk bottles come out the lambs turn their attention to more important things – and Steve takes a back seat.