The loss of four lives at Dreamworld is likely to “destroy” the theme park’s future with experts expressing doubt that the park will recover despite plans to re-open after the victims’ funerals.

On Friday afternoon, Queensland police Commissioner Ian Stewart said their investigation is “to some degree growing in complexity” as a host of special investigators get to the bottom of how the fatal crash occurred on the Thunder River Rapids Ride on Tuesday.

Canberra mother Kate Goodchild, 32, her brother Luke Dorsett, 35, his partner Roozi Araghi​, 38, and New Zealander Cindy Low, 42, were killed when a malfunction caused their raft to crash into an empty raft and flip over backwards into a wooden conveyor belt. The park’s parent company, Ardent Leisure, led a private memorial service for 500 employees at the park on Friday morning following a disastrous week in which they backtracked on a planned reopening just three days after the incident.

The park had intended to resume normal business from Saturday after a special “memorial” day on Friday however police intervened, saying their investigation at the scene was not finished. 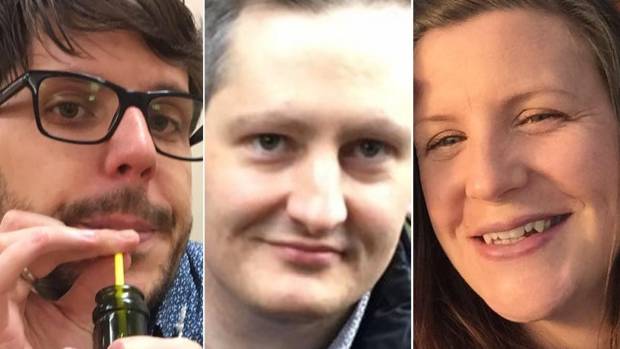 Luke Dorset, his partner Roozi Araghi, and Kate Goodchild, who were killed in an accident at Australia’s Dreamworld.

Late on Friday, after the families of three victims gave an emotional press conference in Canberra, Dreamworld said they would reopen after the four funerals.

“We had the most wonderful ceremony and we’re all here today to be part of the family, to hug each other, to provide support to each other,” she said.

After she laid flowers, Thomas admitted she hadn’t handled the crisis “as well as I could have”. 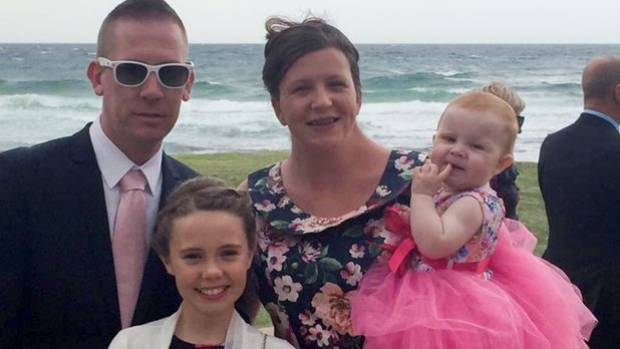 Kate Goodchild and husband David Turner with children Ebony, left, and Evie, right, in a picture released by the family.

She was asked whether she had finally reached out to the families of the victims following a fiery press conference on Thursday in which the mother of two victims disputed her claim they had made contact.

Thomas said on Friday: “We have reached out to many of the people involved in this tragedy and spoken to them. I would like to say if I haven’t handled it as well as I could, we thought we were doing the right thing in terms of the way we approached it through police.”

Regardless of any criminal or civil sanctions, the incident will be the “death spiral” for the park, said David Eager, an associate professor of engineering at UTS who has been involved in development and enforcement of safety and design standards on amusement rides.

“Their reputation is everything to them,” he said. “You lose that reputation and you’re on a death spiral. They’re in the business of bringing fun and enjoyment to millions of people’s lives … and to end up in a situation where you’ve got four deaths, it destroys your business model.”

Queensland law firm Maurice Blackburn revealed on Friday they had received a flood of calls about the accident witnessed by dozens of park patrons, including Ms Goodchild’s husband.

A “wide variety” of people had made contact; some who were directly involved in Tuesday’s accident, some who had witnessed it and others who weren’t there but had other concerning stories regarding Dreamworld.

“People want reassurance; to know that this is not going to happen again and that they can feel safe going to places like Dreamworld,” the firm’s personal injury principal Alison Barrett said.

Police have not ruled out criminal prosecutions for individuals or the company and their investigation is focusing on maintenance logs, machine components, safety compliance and park policies.