The benefit concert has now been confirmed and will feature some of the world’s biggest pop acts.

Along with Ariana, Miley Cyrus and Katy Perry, Justin Bieber, Coldplay, Pharrell Williams, Usher, Take That and former One Direction star Niall Horan will all perform. 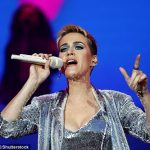 It will be held at the Emirates Old Trafford cricket ground and all proceeds from the show will go to the ‘We Love Manchester Emergency Fund’ – which has been set up by the Manchester City Council in partnership with the British Red Cross in aid of grieving families and victims of the attack.

Security have been heightened ahead of the gig and Ticketmaster has sent out an email warning concertgoers to not bring bags ‘for speed of entry’ – or face a long security line.

The concert will mark Ariana’s return to Manchester almost two weeks after the atrocity occurred and will be broadcast on television via BBC. 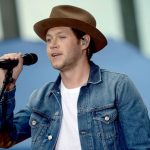 Grande is hoping to raise vital funds for the victims and families tragically affected by the events that took place following her concert in the city.

Tickets will go on sale via Ticketmaster for the gig taking place on Thursday 1st June and Ariana has promised those that were in attendance at her concert on Monday will be given free tickets to the event.

Ariana confirmed the event herself via her social media pages by sharing the official poster for the concert.