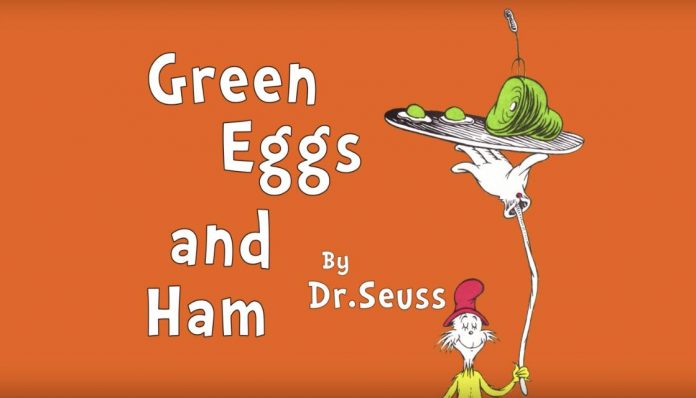 Many of us will have heard the famous line from Dr Seuss, “do you like green eggs and ham?” The opening line from the children’s book Green Eggs and Ham.

And now the book is being linked to the ‘MeToo’ movement.

The storyline follows a persistent character, ‘Sam-I-Am’, who pesters another unnamed character to try a plate of green eggs and ham, despite their repeated refusal.

The story is supposed to be about persistence and trying new things, but one middle school teacher in the US believes it could teach us an important lesson about consent.

Mike Fishback, a San Diego humanties teacher, told Newsweek, “it occurred to me that now, in the context of the MeToo era, this could really be interpreted as a story about lack of consent.”

Eventually, the unnamed character tries the green eggs and ham after the badgering, but Mr Fishback says this is not due changing its mind, but because it is “exhausted, tired, worn down and trapped”.

Mr Fishback then used the book in his classroom to teach the students about consent, amid the Brett Kavanaugh case.

“You can still love this book, but what I hope is that when you think about this book, you will consider this angle too.”