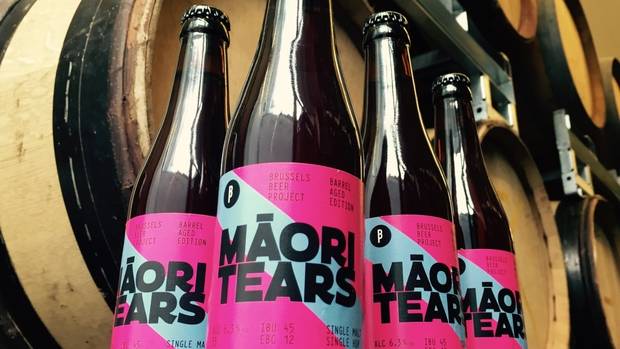 The “Māori Tears” beer, owned by the Brussels Beer Project in Belgium, claims to “encapsulate those tears to capture their sacred nature”… New Zealand Māori however, were not having a bar of it.

Yesterday the Herald ran a story where several Māori experts said the beer was spiritually offensive and treated Māori culture and traditional knowledge with irreverence or disrespect.

Auckland University of Technology Professor Pare Keiha said whether the term Māori Tears is considered tapu is a matter of opinion.

“Intellectual property rights help ensure that Māori culture and traditional knowledge is recognised and respected. It also gives rights to benefit commercially while preventing exploitation or inappropriate use,” he said.

“In this instance, beer is an alcoholic beverage and would be regarded by a reasonable Māori as being noa.”

Brussels Beer Project later apologised to “those who felt offended with our Māori Tears beer”.

“It is not a beer I will be reaching for anytime soon.”