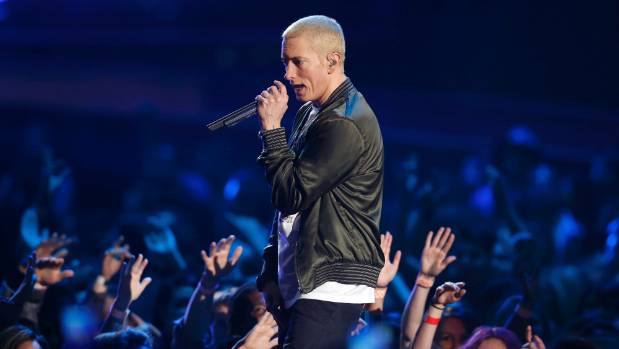 Eminem has announced he’ll perform at Westpac Stadium on March 2 – his only New Zealand show!

Eminem’s visit is the second instalment of his Rapture tour, which came to Auckland in 2014. Other guests in the line-up will be announced soon.

Wreda performances and venues general manager Warrick Dent said he expected the show would be attended by about 40,000 people, and an estimated 20,000 of those would be from out of town.

“Eminem’s a big name in music and he’s got a massive following here in New Zealand.”

There would be a demand for accommodation, but many would stay with friends and family, he said.

“I think we will cope. It will be really busy in town.”

Eminem’s only other New Zealand show was at Western Springs in Auckland for 2014’s Rapture Tour, the stadium’s fastest selling show ever, and the largest audience seen at the Springs since the 1980s.