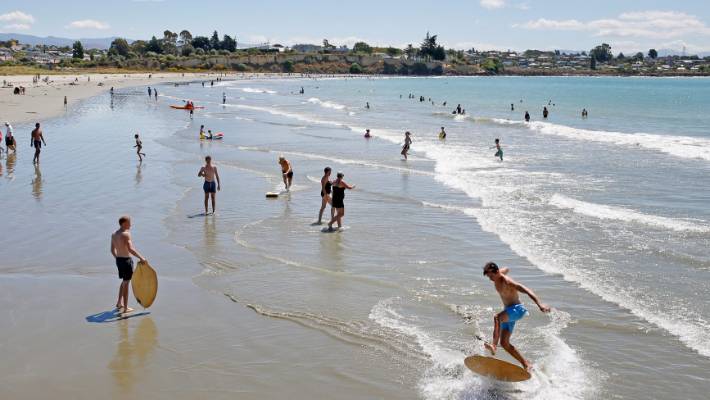 Get your fans at the ready, it’s about to get sweaty.

Temperatures could be climbing into the 30s later this week in some eastern parts of the country and for the first time since last summer.

Places in the east of the South Island could be flirting with or exceeding 30 degrees Celsius on Wednesday. The same could happen in Hawke’s Bay on Thursday. “It’s certainly on the table.”

Look at that surge of warmth! 🥵

Trans-Tasman air will result in much warmer than average temps for the eastern South Island on Wed + eastern North Island on Thu.

Perhaps the first 30°C reading of the season! pic.twitter.com/qo2lNpf0pC

“The air will turn cooler behind this warm surge for late in the week, but for the North Island the warmth does hold on – maybe not flirting with 30, but it will be above average for the rest of the week,” he said.

“As the South Island goes through a bit of a changeable pattern, a bit of chilly or cooler than normal air mass moves over after this warm spell. The North Island will not experience that coolness.”