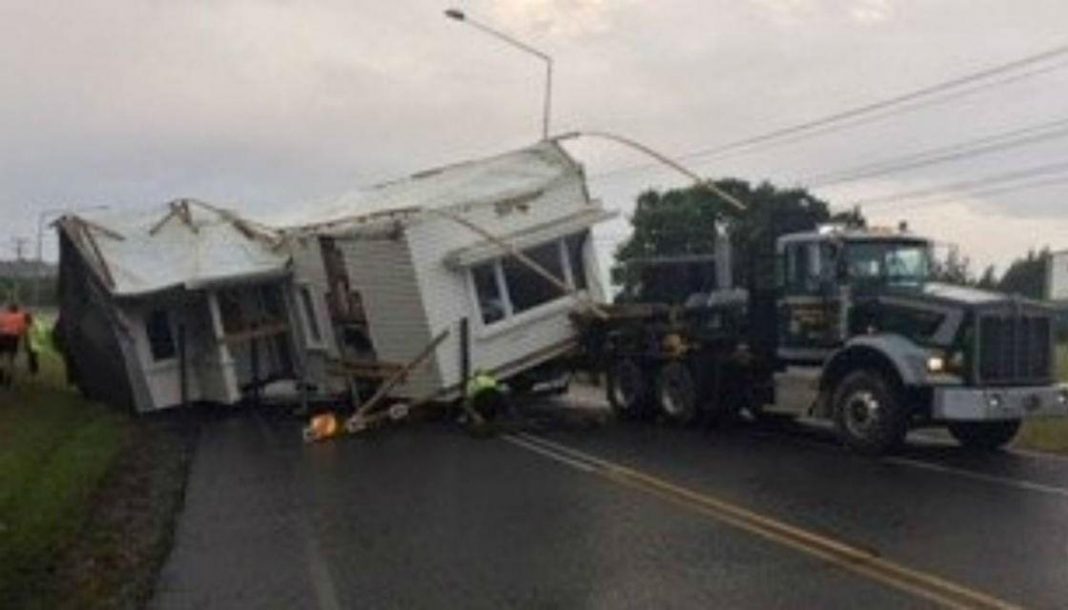 A house being transported on the back of a truck has fallen off near Kumeu on state highway 16.

The accident happened near the Old North Road roundabout at around 5:50am this morning.

Greg Martin told Newshub the transporter was going around a corner when the home began to fall off the back corner.

“You could see it going, it just slipped off the road,” Mr Martin says.

“The house will be relatively significantly damaged. I don’t know how they’re going to remove it.”