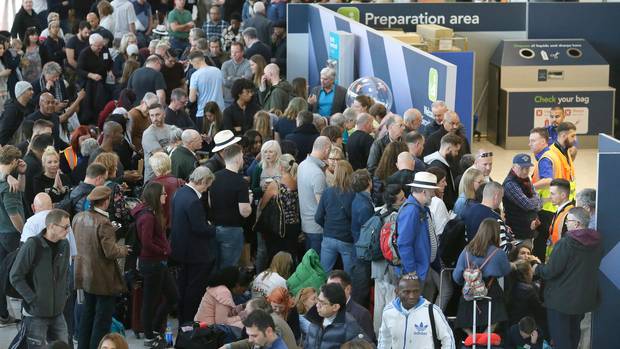 Tens of thousands of passengers were delayed, diverted or stuck on planes yesterday as the only runway at Britain’s Gatwick Airport — Britain’s second-busiest by passenger numbers — closed its runway Wednesday evening after two drones were spotted.

It reopened briefly at about 3am yesterday, but shut 45 minutes later after further sighting and remained closed at midday — 18 hours after the first sighting.

17:00 Our runway remains out of operation with no flights arriving or departing. We're sorry for the ongoing disruption to your travel plans and will update again here when we have more information.

British army troops are now being sent to West Sussex to help in the hunt for the drone operators and to support police.

“The police advice is that it would be dangerous to seek to shoot the drone down because of what may happen to the stray bullets,” said Chris Woodroofe, Gatwick’s chief operating officer.