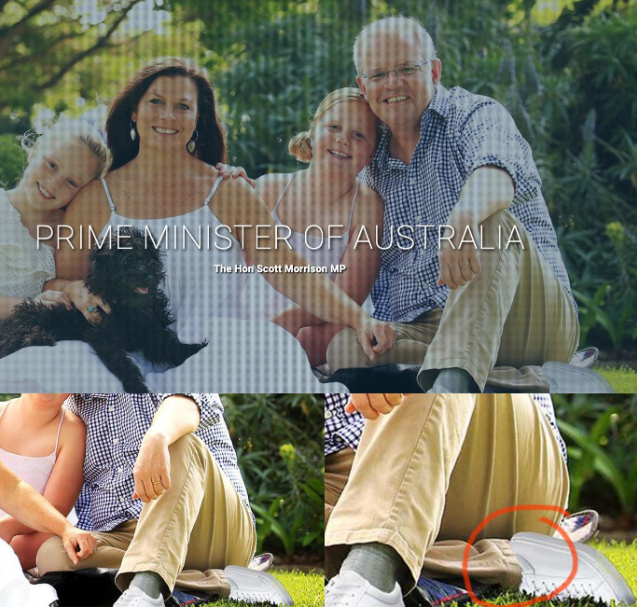 Australian Prime Minister Scott Morrison has laughed off a Photoshop fail found in a portrait that was on his website.

The photo of Mr Morrison and his family showed the prime minister wearing rather suspicious-looking sneakers.

It didn’t take long for internet users to point out that the shoes were fake, prompting much amusement.

In a light-hearted response, Mr Morrison blamed the doctored image on staff in his department.

“Message to my Department (PM&C): I didn’t ask for the shoeshine, but if you must Photoshop, please focus on the hair (lack thereof), not the feet!” he tweeted.