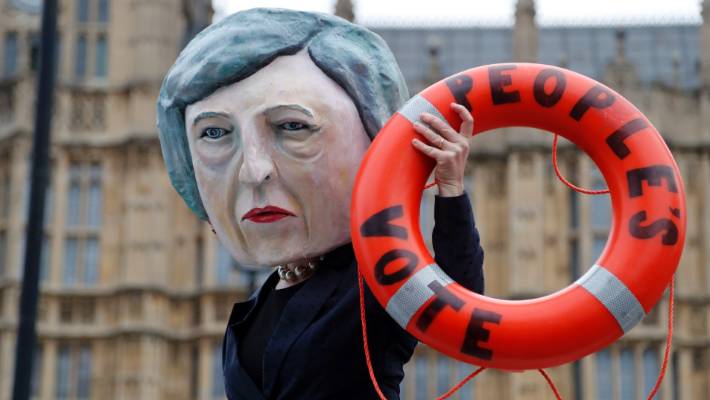 Earlier she urged lawmakers to back her deal Brexit deal, saying it is a historic decision that the country would live with for generations.

In Mrs May’s speech to mark the end of five days of debate she told MPs today’s vote on her controversial Brexit deal is about the country’s economy, security and the future of its children.

“A vote against this deal is a vote for nothing more than uncertainty, division and the very real risk of no deal or no Brexit at all. And it doesn’t have to be that way.

“Tonight we can choose certainty over uncertainty, we can choose unity over division, we can choose to deliver on our promise to the British people, not break that promise and endanger trust in politics for a generation.”

He once again pushed for a general election which would give a new government a mandate to break the deadlock in the Brexit talks.

Mr Corbyn said Britain could reopen negotiations with the European Union over the terms of its departure from the bloc, as he urged MPs to reject the deal.

“I say this to our negotiating partners in the EU: If parliament votes down this deal, then re-opening negotiations should not, and can not, be ruled out,” Mr Corbyn told parliament.