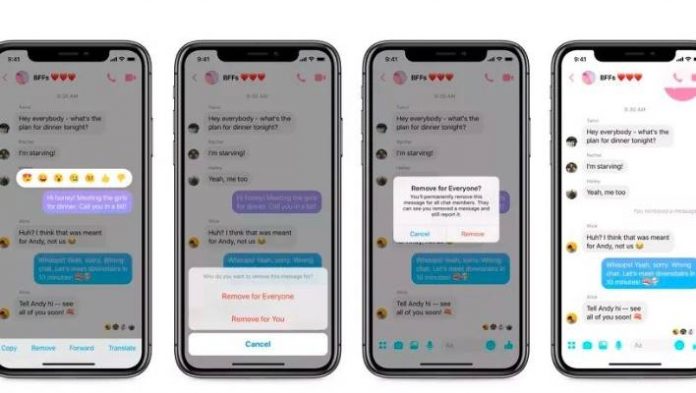 A new Facebook Messenger feature has been rolled out enabling users to “unsend” messages.

The new unsend feature on the popular social networking platform’s messaging app allows you to delete a message after you sent it – but only within 10 minutes.

Rolled out to both iOS and Android users in the most recent update, deleting the message is as simple as tapping on the message and deleting it for everyone in the chat, not just yourself.

The update comes after it was revealed that Facebook’s CEO Mark Zuckerberg already had this feature enabled.