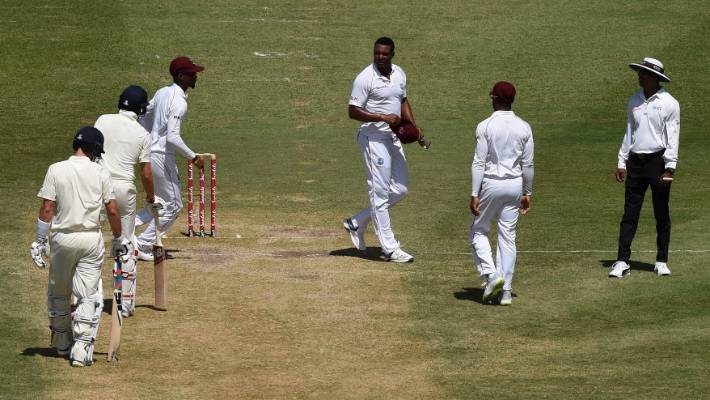 England captain Joe Root has been involved in a tense exchange with West Indies fast bowler Shannon Gabriel, responding to an apparent taunt from Gabriel with the comment: “there is nothing wrong with being gay.”

Gabriel was warned by the on-field umpires, Rod Tucker and Kumar Dharmasena, for using abusive language during the third day of the third test in St Lucia.

Stump microphones had picked up Root’s “there is nothing wrong with being gay” comment, but Gabriel’s original remark remains unknown.

Root would not say after stumps what had been said.

“It’s test cricket, he (Gabriel) is an emotional guy trying to do everything he can to win a test match,” said Root .

“Sometimes people say things on the field that they might regret, but they should stay on the field. He’s a good guy who plays hard cricket and is proud to be in the position he is. The battle was a good contest, he’s had a wonderful series and he should be proud. I don’t want anything said in the middle to ruin what’s been a good test series for him and his team.”

Joe Denly, with 69, and Jos Buttler , with 56, made solid contributions.