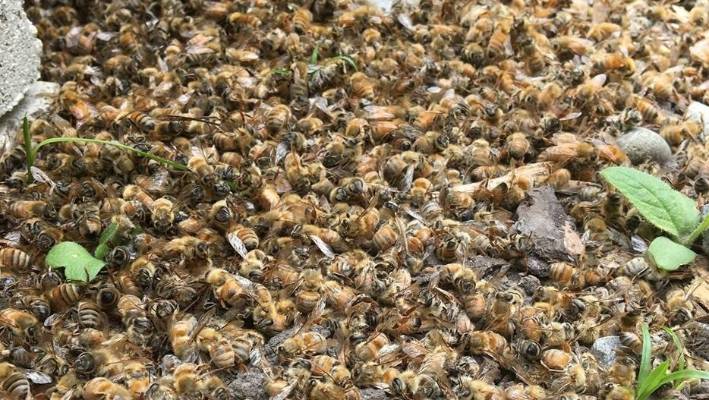 Every day over the past week, Christchurch woman Hannah Ewing has collected an ice cream container full of dead bees from her three beehives.

The hobbyist beekeeper, who moved to Lyttelton from California about six years ago, said she was “devastated” to find what she described as “a large mat” of about 20,000 bees dead outside their hives on Friday last week.

“Initially I was devastated, I cried a little bit but after that I was infuriated, because I know it was something someone has done.

“The worst part about it is that I can’t really do anything about it.”

Ewing, a teacher, said the way in which the bees were lying dead outside their hive in a “doormat” looking formation was a telltale sign they had died because of pesticides.

“When you see that as a beekeeper that’s just one of the signs of being able to recognise pesticides.

“Whether or not it was intentional to me, it [shows] humans being socially irresponsible and [not] eco-friendly.” 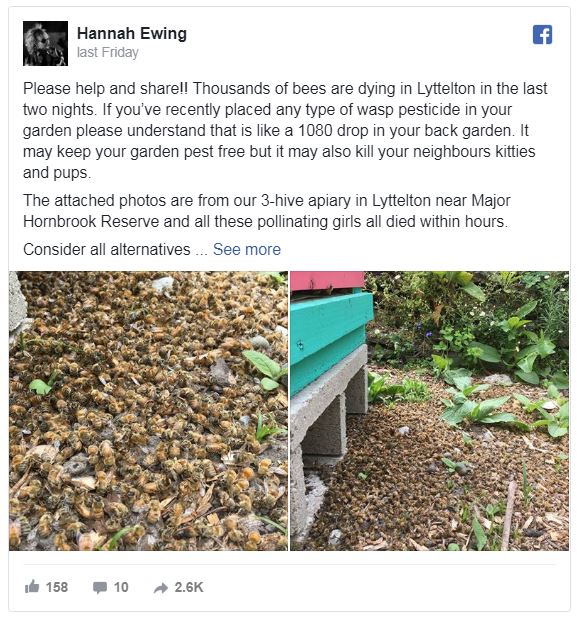 She said if the source of the pesticide was not found soon, the bees could bring it into the hives, which would eventually kill off Ewing’s entire bee population.