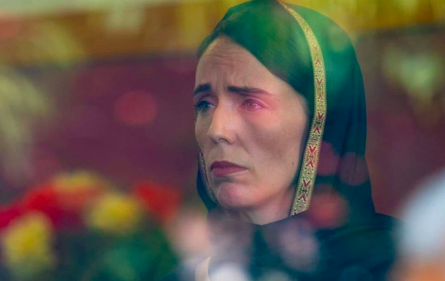 Terrorists opened fire at two mosques in Christchurch on Friday afternoon. 50 people are confirmed dead with 34 injured remaining in Christchurch hospital. There is currently a heavy Police presence at all mosques around New Zealand.

Australian police have raided the NSW home of the alleged Christchurch gunman’s sister. NSW Police said there was no information to suggest there was an impending threat to the community related to those searches. In a statement, police said the aim of the search was to formally obtain material that could help New Zealand Police. 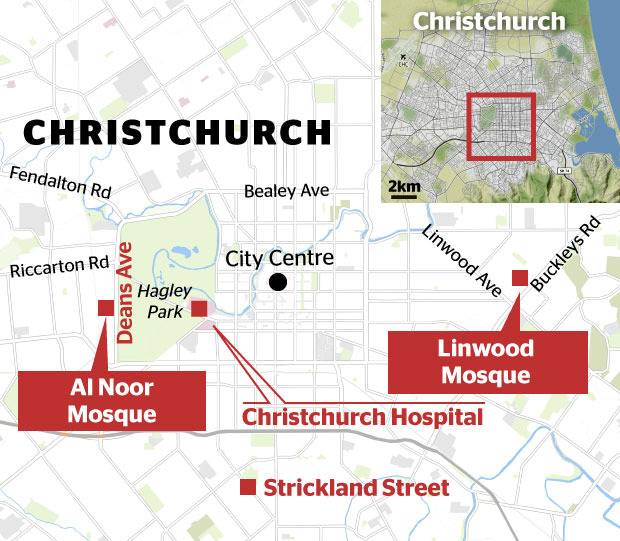 The Police Commissioner Mike Bush said “there have been some absolute acts of bravery” in the arrests of the four terrorists. One gunman has been charged with murder and appeared in court in Christchurch on Saturday morning. Two other people, a man and a woman, arrested soon after the shootings were not linked to the gunman. The woman had been released without charge; the man had been charged with firearms offences. None of the suspects were on any police or terror watchlists.

Shooter had five weapons including two semi-automatic guns – Prime Minister Jacinda Ardern confirmed a complete ban on semi-automatics, or a “buy back” plan, were on the table. Like Australia, such reform will be met with stiff resistance from the gun lobby in New Zealand.

Police confirmed a property on Somerville St, in Anderson’s Bay Dunedin, was a “property of interest” in relation to the terror attacks. Searches have been completed, a number of items of interest were located however no items that would present harm to members of the public were discovered.

Facebook is asking people to report all instances of videos circulating on social media which allegedly shows the deadly Christchurch shootings. The company said the livestream is of a terrorist attack which meant any representation of the events or support for the alleged shooter would be classified as hate speech. Facebook spokeswoman Mia Garlick said teams across Facebook had been working around the clock to respond to reports about the video and block content.

“We urge people to report all instances to us so our systems can block the video from being shared again,” Garlick said.

A Givealittle page run by Victim Support has now raised almost $5 million for victims of the Christchurch terror attacks. You can donate here:

Sorry to anyone having trouble on @givealittle at the moment- we are currently experiencing 20x our normal site traffic. If you are having trouble donating please hang in there and try again 🥴

The Prime Minister spoke to US president Donald Trump on Saturday morning. She advises that he passed on condolences and asked what the US could do to help. She replied that he should pass on “love and sympathy to Muslim communities” who are currently hurting.

The National Security Threat Level had been lifted from low to high.