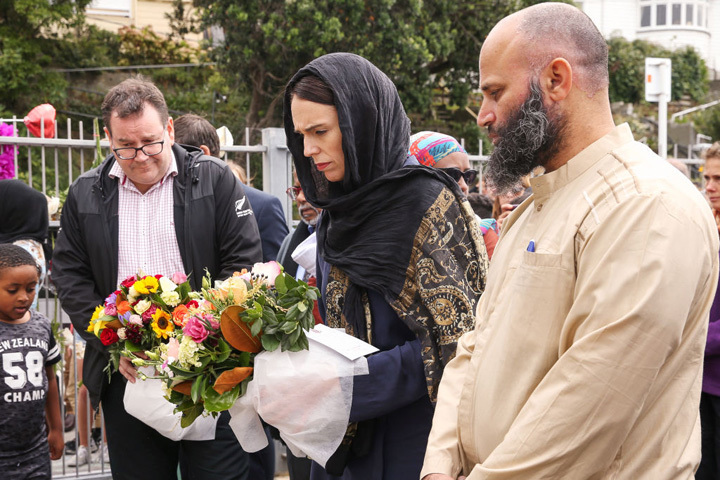 Rather than focussing on the terrorist and everything he stands for, take a moment to remember the mothers, fathers, daughters and sons who have died or are missing after the horrific acts of terror in Christchurch.

Hussain Al-Umari, 36. Al-Umari’s mother wrote on social media that her son was killed. His family and friends had been seeking information after al-Umari failed to return after going to Friday prayers at the Al Noor Mosque.

Talha Rashid, 21, was Naeem Rashid’s oldest son. Aged 11 when the family moved to New Zealand, he had got a new job and was hoping to get married soon, the BBC reported.

Ismail was reportedly with his twin brother when he was fatally shot.

The father-of-three was married and his mother also relied on him to care for her.

Heba Sami, whose father was shot and injured protecting his children, told Gulf News that she lost five family friends, including a 12-year-old boy, in the attack.

Mohammad Imran Kahn, 47. Kahn owned two restaurants in Christchurch. Outside one of them, the Indian Grill, yesterday, a handwritten cardboard sign said simply CLOSED. A handful of pink flowers were laid nearby.

Mohsin Al-Harbi, Saudi national Mohsin Al-Harbi lived in New Zealand for 25 years. He worked in water desalination, according to his son Feras Al-Harbi. A photo captured the moment Mohsin was carried out of the mosque on a stretcher. He was being loaded into an ambulance, his finger pointing to the sky.

Musa Vali Suleman Patel, 60. Patel, a leader of the Fiji Muslim League, died at the Linwood Mosque. He was visiting Christchurch with his wife.

Junaid Mortara, 35. Javed Dadabhai is mourning for his gentle cousin, believed to have died in the first mosque attack. Mortara was the breadwinner of the family, supporting his mother, wife and their three children, ages 1 to 5.

Linda Armstrong, 65. A friend told the Herald that Armstrong died in the arms of a lady who was shot in the arm and survived at Linwood Mosque. The friend said Armstrong always took people into her home and was kind, sponsoring a boy from Bangladesh.

Abdus Samad, 67. Originally from Madhur Hailla village in Bangladesh’s Kurigram district, Abdus Samad was among two people of Bangladeshi origin who died in the attacks, according to Sahahriar Alam, the country’s state minister for foreign affairs.

Matiullah Safi. The Afghan Embassy in Canberra said a man of Afghan origin, Matiullah Safi, died in the attack. The statement on Facebook did not give additional details, but condemned the attack as “barbaric” and said three other Afghan nationals were wounded.

Egyptian authorities released the names of four citizens killed. They were: Munir Suleiman and Ahmed Jamal al-Din Abdul Ghani, both 68, Ashraf Morsi and Ashraf al-Masri. Tarek Elwassimy, Egypt’s ambassador to New Zealand, said the bodies will be transported back to Egypt or buried by Tuesday.

Ashraf Ali, A school friend of Ali’s said he will always remember his quiet friend’s laugh.

Mojammel Hoq, 30. Hoq, from Bangladesh, is among the missing, a friend told the Herald. He has been in Christchurch for more than two years, studying dentistry.

Abdelfattah Qasem, 59. The Muslim Association’s former secretary, who was born in Palestine, has not been seen since the gunman entered the Al Noor Mosque.

Zakaria Bhuiyan. Friends of Bhuiyan have been gathering outside cordons with photos of him pleading for information on his whereabouts.

Kamel Darwish, 39. Zuhair Darwish was standing at a cordon near the Al Noor Mosque on Friday pleading for information about his brother, father-of-three Kamel Darwish.

Ali Elmadani, Elmadani and his wife migrated from the United Arab Emirates in 1998.

The retired Christchurch engineer always told his children to be strong and patient, so that’s what they are trying to do after the tragedy, his daughter, Maha Elmadani, told Stuff.

Alin Alsati, 4. A Jordanian man said his 4-year-old niece is fighting for her life after being wounded. Sabri Daraghmeh said by phone that Alin remains “in the danger phase” and her father, Waseeim — Sabri’s brother — is in a stable condition.

Shihadeh Nasasrah, 63. Nasasrah spent terrifying minutes lying underneath two dying men as the gunman kept firing. The assailant “would go out and bring more ammunition and resume shooting,” said Nasasrah, speaking by phone from Christchurch Hhospital where he was recovering from two shots to the leg.

“Every time he stopped, I thought he was gone. But he returned over and over again. I was afraid to leave because I didn’t know the safest way out. I died several times, not one time.”

Mohammed Elyan, The Jordanian, who is in his 60s, co-founded one of the mosques in 1993. His son, who is in his 30s, was also wounded, according to Muath Elyan, Mohammed’s brother.

Muhammad Amin Nasir, 67. Nasir and his son were just 200 metres from the Al Noor mosque when everything went wrong. A car driving by stopped suddenly and a man leaned out the window pointing a gun at them.

Adeeb Sami, 52. Sami was shot in the back as he dove to protect his sons, Abdullah, 29, and Ali, 23, Gulf News reported. “My dad is a real hero. He got shot in the back near his spine in an attempt to shield my brothers but he didn’t let anything happen to them,” Adeeb’s daughter, Heba, 30, said.

If that page doesn’t work (it has been crashing frequently due to the website traffic being monumental at the moment), victim support also has a donation fund here.