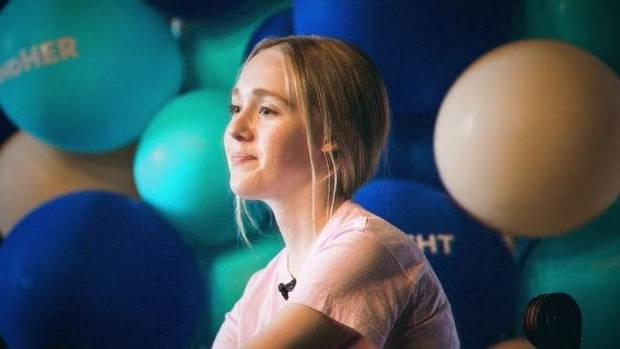 Beau Jessup was just 16 when she came up with an idea to help Chinese families appropriately name their children.

“Dad was going on a business trip and I decided to go with him because I was on holidays,” Beau told news.com.au.

“He was with a business colleague who had a three-year-old daughter and she had asked me to suggest an English name for her little girl.

“I was surprised by this because having the responsibility to name a child is quite important. I wanted to take it seriously.”

The now 19-year-old asked the woman to list a series of characteristics she wanted her daughter to have — and from that Beau suggested the name Eliza, based on the fictional character Eliza Doolittle who is a quick-witted and strong character unafraid to stand up for herself.

“She was so happy with it and took the name suggestion straight away,” Beau said.

With her site “Special Name”, you select the gender [there’s an icon for “boy” and “girl”], it then takes you to a page where there’s 12 symbols of characteristics (such as elegant, honest, optimistic) — then you pick five of those that you want your child to have and from that it matches with names within the database to then generate three name options.

Beau has now named more than 677,000 babies, said the common traits people wanted their kids to have were empathy, honesty, kindness and beauty for a girl and sporty, strong and smart for a boy.

PM confirms Level 3, whilst Auckland in Level 4 for another 2 weeks