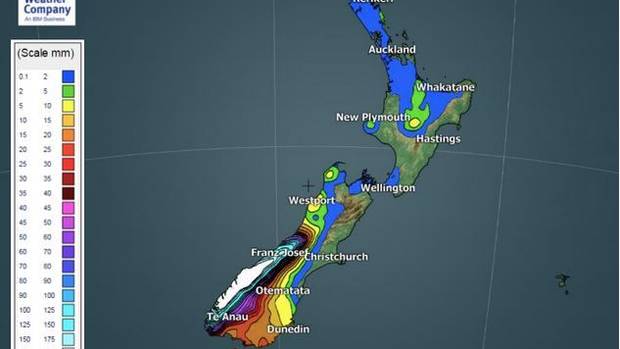 The MetService predict heavy rain for parts of the South Island with Fiordland and West Coast set to take on 600mm between Sunday and Tuesday.

“A change is coming for many this week, as a cold front moves over the South Island and lower North Island,” MetService meteorologist Rob Kerr said.

“Warm, moist northwesterlies ahead of the front set to bring heavy rain and gale force winds to southern and central parts of the country during the next few days.”

The cold front will slowly sweep over the South Island before stalling over the North Island about midweek.

However, summer is not over yet with low 20s to remain in the central north island.