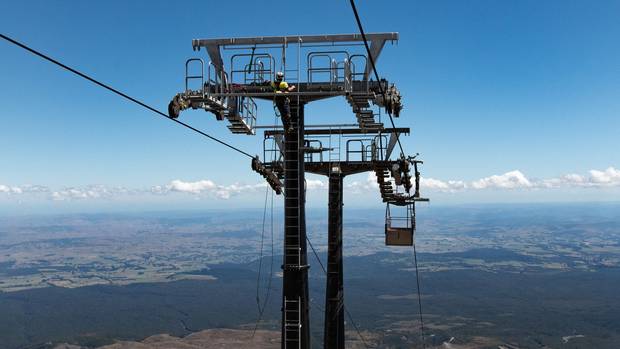 “We’re pleased to announce that after a great effort between lift manufacturers and core maintenance staff, The High Noon express chairlift at Tūroa is ready to go!,” Mt Ruapehu, Whakapapa & Tūroa Ski Areas wrote on their Facebook page.

“Having completed the haul rope splice during the season, the Doppelmayr NZ crew recently installed a brand new Tower #15 and remaining repairs to tower #14.

“We’re Looking forward to an EPIC season at Tūroa and will be celebrating our 40th winter!”

Last year in August, the chairlift suffered serious damage after a man-made avalanche smashed into the lift causing it to be closed for the rest of the season.

The damage meant about 200m of specially made rope needed replacing. That rope would have to be flown out from European manufacturers which could not occur before the end of winter.

No one was injured during the incident.