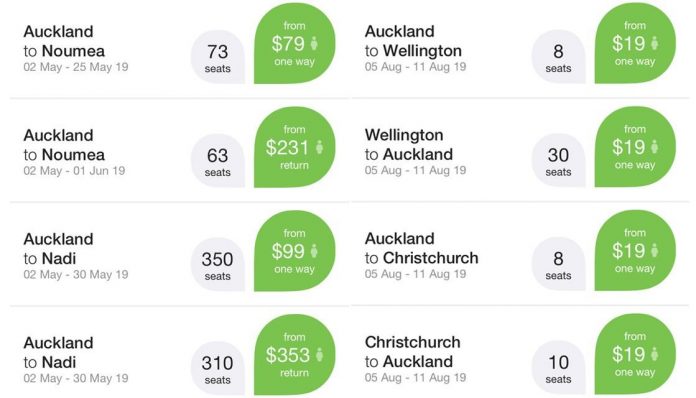 Other Pacific destinations were listed with one-way prices of $99, including Tonga, Niue and Fiji.

Asian destinations including Tokyo, Shanghai, Taipei and Hong Kong were also on sale for less than $500 one-way and less than $1000 return.

The Grabaseat sale comes in the same week as Jettzy launched in Aotearoa, offering a local competitor to Webjet that promises lower fares.