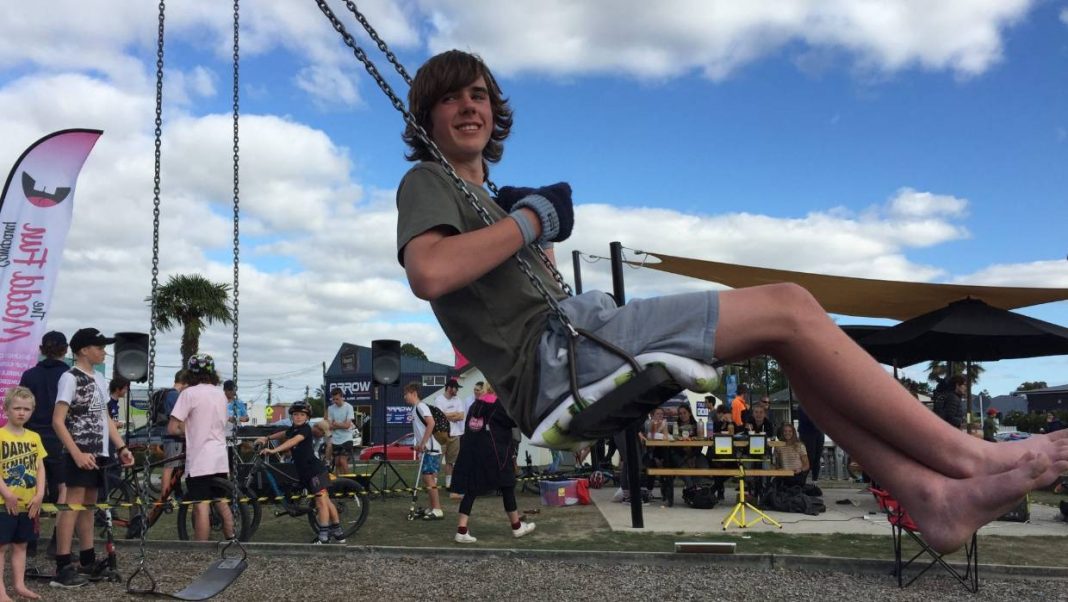 Charlie O’Brien, 16, began his endeavour at 6am on Wednesday. He’d been non-stop swinging since then to break the record of just over 32 hours – also set by a New Zealander – an Auckland woman in 2013. Shortly after 2pm today, O’Brien broke the record.

The Taradale High School student was allowed a five-minute break for every hour he swung; which he used for food, drink, the bathroom and sleep. He’s been using seasickness tablets to keep himself from throwing up. For sustenance he had eaten gingernut biscuits – because ginger settles the stomach – and drank energy drinks and hot chocolate.

On why he chose a world marathon swinging record, he said: “I’ll be honest, I thought it’d be funny … I didn’t really realise it would become so big when I started.”

From the start, he’s had people surrounding him and cheering him on. The entire 32 hours had to be recorded – it’s been filmed on equipment courtesy of the local city council.

He wore woollen gloves to prevent his hands from rubbing excessively on the chains; and gave several radio, print media and television interviews all while in the saddle.

O’Brien set his sights high, originally saying he wanted to break the existing record of 32 hours by a further eight hours, taking it to a grand total of 40.

He’d break this at 10pm tonight, if successful.